Rumors emerging online in the last couple of hours are showing Nexus 10 release date as tomorrow. Now it is quite surprising to see Nexus 10 launch tomorrow on Cyber Monday without any prior announcements. 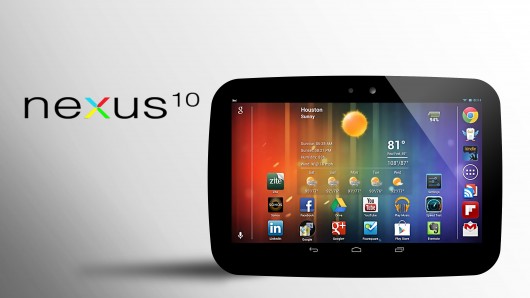 Furthermore, it has been quite a while since online Android community has been waiting forward to an announcement of new Nexus 10. Nexus 10 had went out of stock back in October and since then hasn't hit the stores again.

Add to this dilemma a new device, things would have gone a little too worse. Avoiding Thanksgiving and Black Friday selling times, the manufacturer might be ready to face the consumer onslaught on Cyber Monday till the Christmas.

However, many of the users who might have been interested in Nexus 10 tablet, would have already bought some other gadget during the tempting Black Friday sales.

Let's if we can get any confirmation of this Nexus 10 launch rumor.