ARM Just unveiled processors that will support smartphones in 2016

Finally, here we are with latest ARM suite of GPU and CPU designs, which will not only make 2016’s smartphones faster but also more power efficient. The latest ARM processor is Cortex A72 which is a mobile CPU. It is tested to be 3.5 times faster than ARM’s existing Cortex A-15 CPU whose shipping started back in 2012 in NEXUS 10. As compared to Cortex A15 CPU, the Cortex A72 consumes 75% less battery under similar workloads. Well, according to the company, there’s also something “big. Little configuration” coming out, that will contain the coupling of new Cortex A72 and ARM’s current Cortex A53 CPU. Undoubtedly, this will save Cortex A72 processor for heavy duty tasks while leaving the low power Cortex A53 with routine tasks. 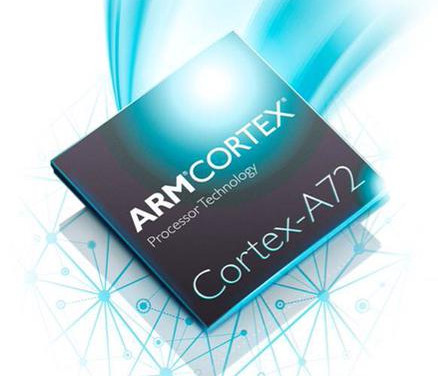 The latest ARM Processor is Cortex A72

ARM officials think that, device running in this configuration will reduce 40% to 60% more power on average. Well, this makes us realize that, CPU technology is growing at a faster rate as compared to the battery technology. Ian Drew (ARM’s CMO) stated that, for modern smartphones, battery efficiency has only gone doubled; however, the CPU performance has nearly increased up to 50x.

Apart from Cortex A72, another ARM’s latest lineup device is Mali T-880 mobile GPU. The manufacturers state that, this device is designed to offer 1.8 times graphic performance meanwhile reducing battery consumption by nearly 40% as compared to Mali T-760 GPU. Well, mostly users demand just high performance and graphics, so ARM has been working a lot on two fronts: 4K video and gaming. Well, now a days, 4K is the focal point of not only ARM but different smartphone manufacturers as well because 4K televisions are becoming affordable rapidly and users might be seeing a lot of its application in upcoming days.

ARM’s technology is expected to be featured in a lot of 2016’s smartphones. ARM officials state that, they already have almost 10 licensees who are manufacturing products based on their new technology. Well, as the company sticks to its 2016 time frame for when users can purchase products equipped with their technology, it also said that, may be before 2015’s end people will see some products running new ARM CPU's. Tell us what you this about ARM’s latest lineup of CPU and GPU designs. We will keep you updated in the meantime.