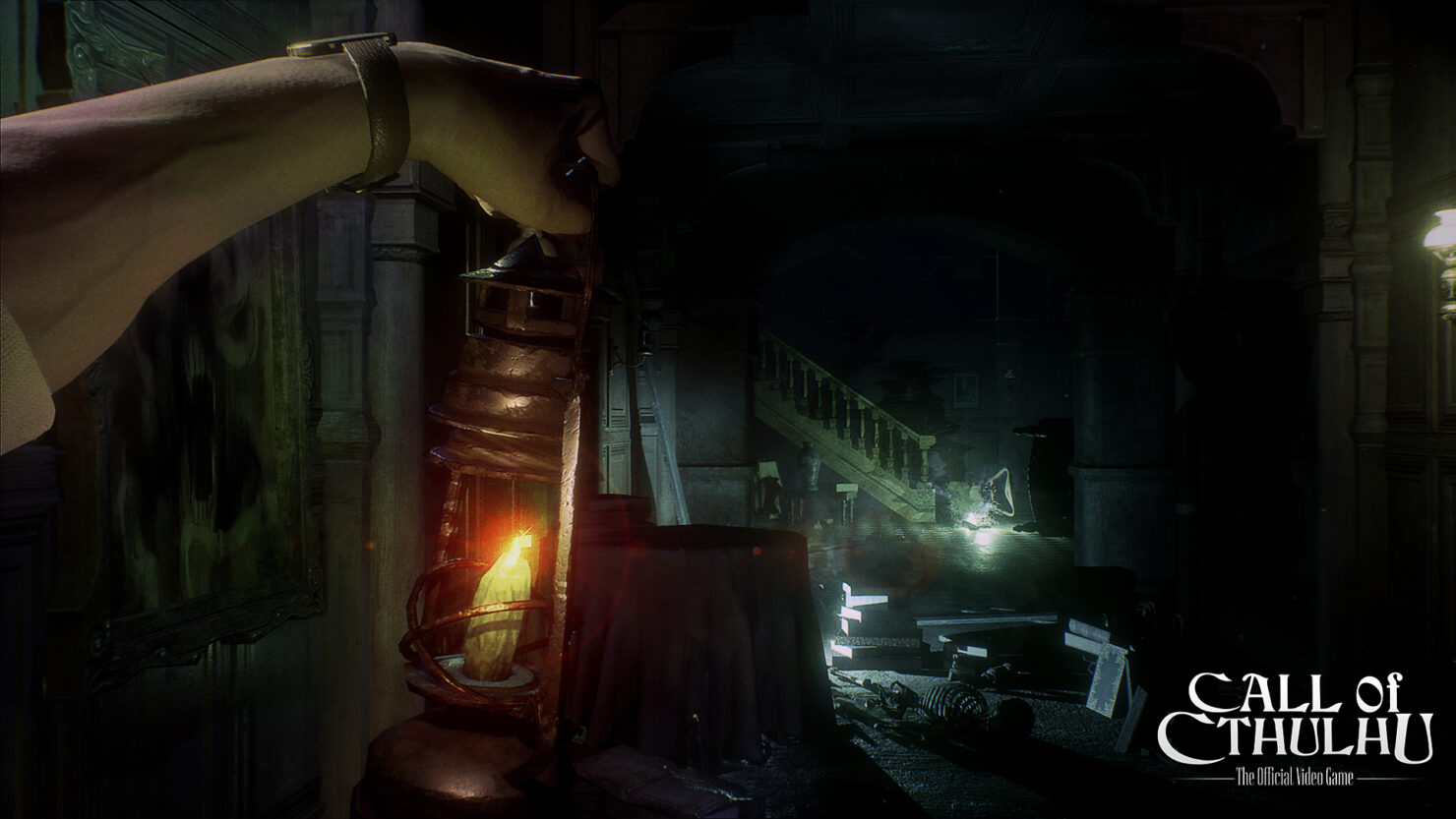 Prepare to lose your insanity as we delve into the mad unreality of Lovecraft presented by the upcoming game Call of Cthulhu. We spoke to a producer at Cyanide Studios about how it tackles Lovecraft’s infamous notions of insanity, the occult and the great unknowable truths. It's spooky going, so keep an eye on your insanity meter, and stop reading if it gets too much. 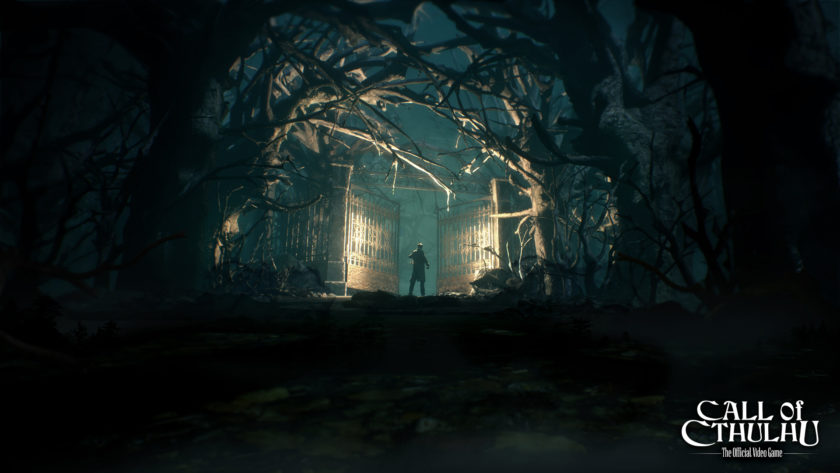 How long is the game?

Call of Cthulhu is around ten to fifteen hours long depending on the speed of the player. Whether they are willing to complete the side missions and explore all the environment. I think if you just go straight through the main mission and ignore all the rest it will be around ten hours.

A core feature of the game is collecting and identifying clues, but what happens if you do that wrong?

In fact, the game is essentially an RPG and the story will always go from point A to point B but what will depend on the player is the level of understanding and comprehension you will have on the big picture. You can complete the game and understand most of the stories but if you don’t pay attention to what people are saying, if you don’t read the clues correctly and if you don’t explore all of the environment you will miss some piece of information and maybe you won’t be able to anticipate some of the larger twists. Perhaps you won’t realize that someone is a traitor and maybe there will be some tragic events that you could have perhaps avoided if you knew.

Even if you completely mess up the beginning of the game, will the game end any earlier?

There is one investigation throughout the whole game which means the more in which you progress the game the less investigation you’ll have to do and you will dive into more of the horror. So yes even if you are the clumsiest investigator and can still manage to finish the game.

Is it possible that throughout this investigation, you might be able to go to different locations depending on what you discover?

The instructions in the game are actually really vague. At the beginning of the game, we tell you to go into the mansion. You don’t tell you talk to anybody or find the key to the locked door. It's up to you to understand how to achieve the objective and to do so will mean that some players have different experiences. Some players might fail are some options and have to find another route to complete the same objective.

So even if the story the story is mostly linear we will have several endings depending on the choices you make. But you will also have an effect on the different people that you meet as well, you can basically choose sometimes whether a person will live or die. Your choice will have consequences. The story will overall still be the same but micro-aspects of the story will be different player to player.

So how many different endings will be in the game?

I can’t say right now but more than two. One certain ending is based on the sanity level because sanity is really important to the game.

Insanity plays such a key part in the game. We’ve seen that the central character has Claustrophobia, will you get other phobias during the game?

The way you unlock phobias will be based on traumatic events which you experience during the game. We have three phobias that will develop in the game. You will start with one with one because the main character, Edward Pierce is a war veteran and has already seen some horror and now he is afraid of corpses. He saw so much horror and death in the French trenches.

Will everyone unlock the same phobias? Are they tied to a specific story event?

Yes. If you talk to another player they will have exactly the same phobias. You use the phobias in a way that is very important to story. To give you an example, there are two guards blocking a room you want to go too. In the game, you can’t really fight but there's a tunnel that will also lead you to the same room. If you go to the tunnel and you are Claustrophobia you can’t stay there long so it's up to you to choose from the several paths in the game. 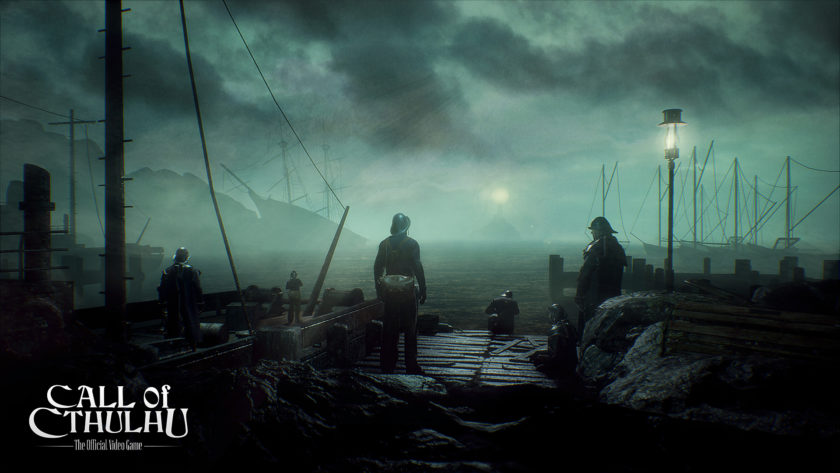 Is everyone making the game a fan of Lovecraft? Or do they know the mainstream version?

Cthulhu is part of the geek mainstream and there are many people who haven’t read Lovecraft but know that Cthulhu is a giant octopus monster. What we really wanted to do was to please both sides of the audience, one that only loves RPG and one that loves Lovecraft and those that love both. The game will be accessible for all audiences, and we will have a way for players to discover the Lovecraftian universe through journal entries, and we will also have some references to the fans of some other characters that are in the Lovecraft novels.

Edward Pierce is a new to all this as well. He doesn’t know the occult, so like the player he might not know these things so he will learn what the Cthulhu mythos is and the player will also have the chance to learn what it is as well.

We will have some people on the island that already know about the occult. One will even have the Necronomicon for example. These will help be a reference for the Edward and the players about the world.

Knowledge is dangerous in the Lovecraftian world as it leads to insanity. Will this be implemented in Call of Cthulhu?

Sometimes in the game you will be offered some information, some truth by a shady character and if you choose to accept that truth you will have to trade it for part of your insanity meter. This can also be expressed with the monsters in the game. If up look at something unspeakable in the game you will lose your sanity. If you want to know more, like where the monster is, you will have to look at it, but to look at it puts your own sanity at risk. So it’s up to you to make that choice.

But not looking is also dangerous. The monsters are not scripted, it can go left one time and right another because it’s looking for you.

The game is all about risk and reward. And towards the end of the game, when you are unraveling the big conspiracy you will have to trade your insanity to really understand what is happening. But you can refuse to do that but if you do you won’t know what is really happening.

In similar games, like Bloodborne with its ‘Insight’ there is a way of reducing it and returning to normal. Is there a way of recovering your insanity in Call of Cthulhu?

You’ve talked about the monster enemies, are there any other enemies in the game, like cultists?

The monsters are not the only enemy in the game. Like in the roleplaying game and the board game you will meet some cultists. Some are just ordinary humans but some are more than that. You can face them but even if you have a weapon to defend yourself it will attract others. So combat is a very risky option.

How many locations are in the game?

Yes, the mansion is one of the many locations. For example, there is the police station that you go to during your investigation and so classical ones like the asylum but we have more than ten locations in total. 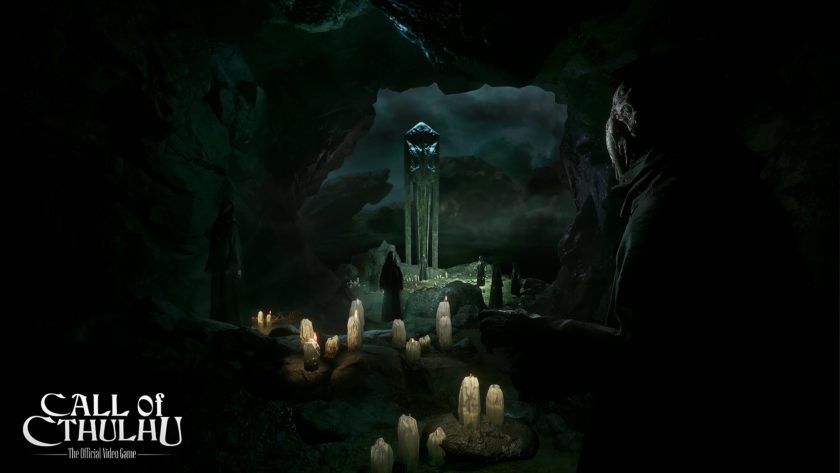 Lovecraft has inspired so much in the media, did you draw from any of these yourself for inspiration?

Of course, there are several games that are inspired by Lovecraft. One of the most famous are Dark Corners of the Earth, which is loved by the Lovecraft fans, even it turns into a shooter during the last part of the game. Darkest Dungeon, Sunless Sea, Amnesia are all games that we drew inspiration for dealing with insanity.

We also drew on a lot of films. One in particular was In The Mouth of Madness by John Carpenter, which is not directly adapted from one of Lovecraft’s novels but is one of the most faithful to the works.

How long did it take for you to finalize the design of the monsters for Call of Cthulhu?

The Lovecraft novels are not very descriptive so it's not really easy to represent the monsters that are in his universe. But fortunately for us, it has been many years since these books were published and several artists have drawn inspiration from Lovecraftian creatures and we took inspiration from their works and tried to modernize the look of the creatures.

A lot of television and movies have used a design similar to some of our monsters for example in Stranger Things, the monster looks similar to the Dimensional Traveller is which a creature we’ve used. One kind of looks like that in Ash vs Evil Dead and more recently in Ms Peregrine’s Home, which is great. There are lot of people that have been inspired by his work and a lot of inspiration to be drawn from them too.

Do you think your game will fit in within the wider world of Lovecraft and all the other mediums that have been inspired by his work?

Yes,  I think so because we really wanted to respect his work and his vision of the world we live in especially his vision of insanity. Insanity for Lovecraft is about losing track of your reality and glimpsing another reality. That was what we wanted to express in the game.

For him, the only way to learn the truth is to become insane, which is why we have our system where you trade your insanity for truth.

Werewolf: The Apocalypse – Earthblood Rips it Up in First Uncut Gameplay Footage