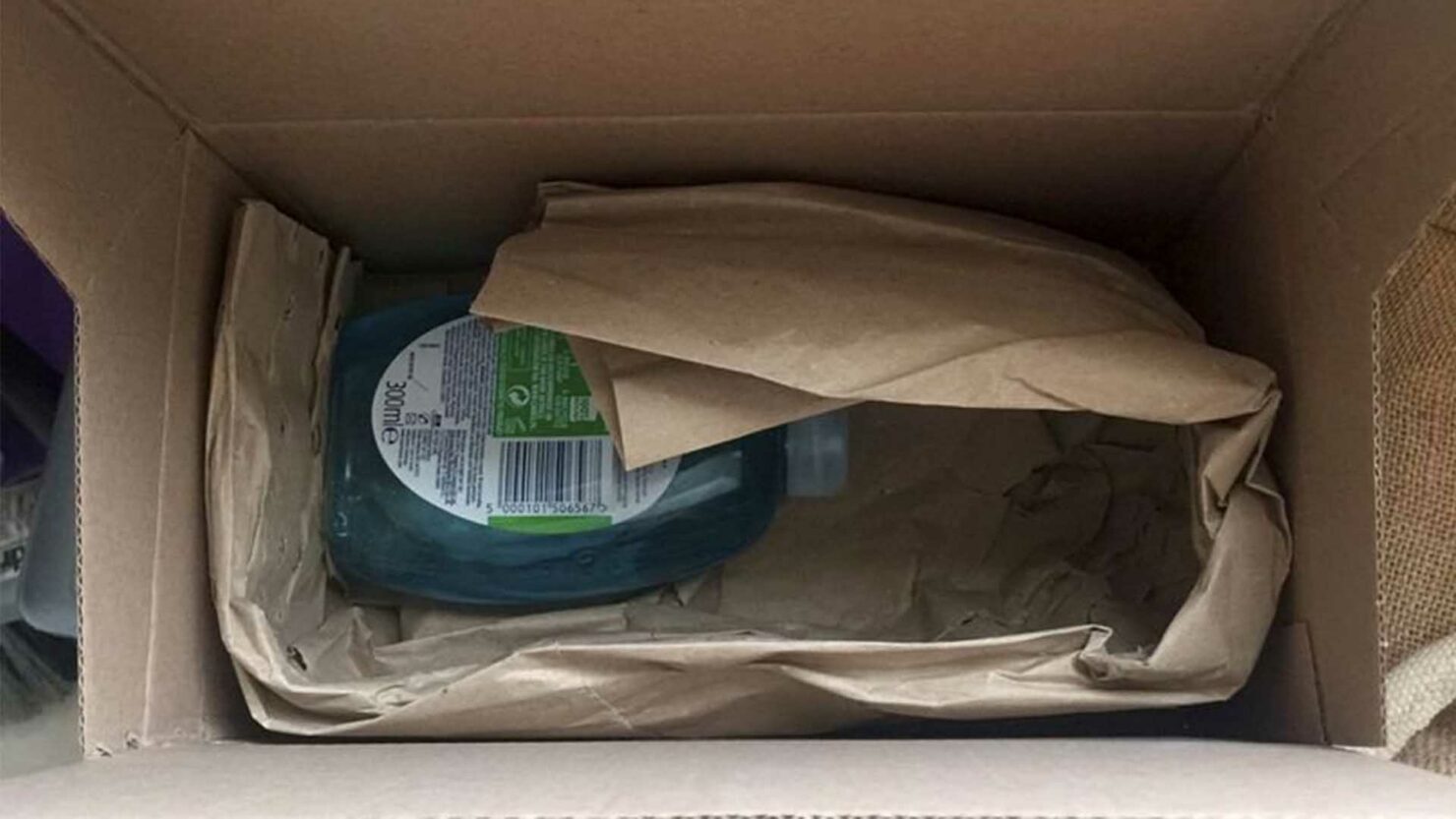 A customer based in London would have been thrilled to receive Apple’s latest and greatest iPhone 13 Pro Max. Unfortunately, her cause for joy transformed into a shocking experience when she received a bottle of hand soap instead.

Khaoula Lafhaily, 32, was supposed to receive her shiny new iPhone 13 Pro Max from Sky Mobile. She bought the flagship on a 36-month contract for £1,500. After receiving the package and opening it, Lafhaily was shocked and disappointed to find out that she only received a bottle of hand soap, and that too, an inexpensive one. According to Mirror, the driver who was originally designated to deliver the iPhone took a picture of the house instead of actually getting out of the car to deliver the package. She describes her experience as follows.

“We live in a first-floor flat, so have to watch out the window when we get deliveries otherwise they get delivered to the wrong flat. We saw the driver pull up to our house, take a photo from outside the house, then leave.

But the driver told us that he came to the door, knocked and no one was there so he would again return the next day but we were watching at the window - it was a complete lie!

A different delivery driver came on Thursday, my husband went down to collect the parcel at 8.50am, which we opened at around midday because I was asleep - and it was a bottle of hand soap.

Can you imagine? I was in complete shock and really need the phone. It's definitely been stolen - it's awful.”

Naturally, the woman called up Sky Mobile immediately after receiving the package and informed them what she had received in place of the iPhone 13 Pro Max. The carrier stated that it would launch an investigation, but according to Lafhaily, a week had passed without any contact.

It will take a few days, and she will likely receive the correct product soon enough, but not before she has a tale to narrate to her friends and family over a nice dinner.