Publisher CI Games has shared some new assets of Sniper: Ghost Warrior 3, the third entry in the series, and they look absolutely gorgeous thanks to Crytek's CRYENGINE. 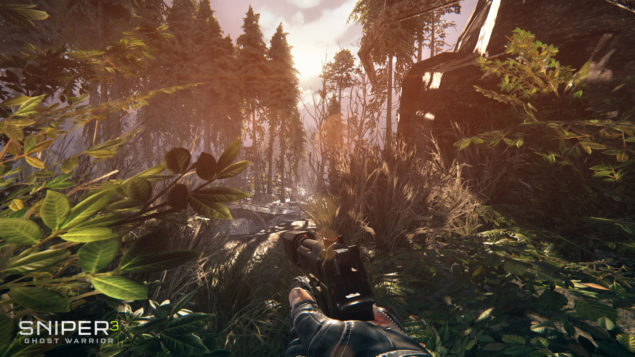 The franchise wasn't exactly a critical success so far, but it sold over 5.5 million copies as a whole, which prompted CI Games to devote a larger, AAA budget to Sniper: Ghost Warrior 3.

According to the developers, the game will now be much less linear thanks to an open world to explore and side missions to undertake. Despite the Sniper word in the title, it will be possible to approach missions in multiple ways, from melee oriented stealth to run-and-gun style; of course, eliminating targets via sniper rifles is still absolutely possible and in this case you'll have to account for things like wind speed, weather, distance and more.

The available arsenal includes a drone, which may serve as a chance to scan the environment, distract enemies and even hack computers and the likes. Travelling in the game world is also made easier thanks to parkour/free-running, but there are also safe hourses to be used as a fast travel method when you are really far from your new objective.

Finally, there will be a fully dynamic day/night cycle that also includes weather. Sniper: Ghost Warrior 3 is currently scheduled to launch in Q2 2016 for PC, PlayStation 4 & Xbox One; we've embedded the latest gameplay with developer commentary below.