Far Cry Primal Is Quite ‘Compact; Xbox One File Size Revealed On Store

The Xbox One Store delivers once again, as the file size of Far Cry Primal has been listed on the store. 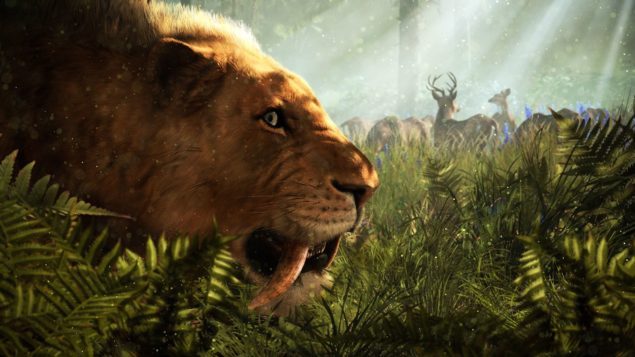 The game from Ubisoft is still a few weeks ago from being launched, but if the listing is correct, we already know the game’s file size.

According to the Xbox Store, Far Cry Primal weighs in at a meager 11,97GB. Comparing this to the file size of Far Cry 4 (21.29GB), one might say that Ubisoft has reverted to ‘prehistoric’ file sizes, which is a good thing, considering the massive amount of space required to install the latest games.

Far Cry Primal brings players back to the Stone Age, a time of extreme danger and limitless adventure, when giant mammoths and sabretooth tigers ruled the Earth, a time when humans were not at the top of the food chain but were fighting to climb it. As the last survivor of his hunting group, the player will learn to craft a deadly arsenal, fend off fierce predators, and outsmart enemy tribes to conquer the land of Oros and become the Apex Predator.

In Far Cry Primal, players will meet a cast of memorable characters who will help them push back and tame the dangers of the wild. Along the way, they will have to hunt for food, master fire, fend off fierce predators, craft weapons and tools partly from the bones of slain beasts, and face off against other tribes to conquer Oros.

Far Cry Primal was announced last year, following a teaser from Ubisoft. The game’s first gameplay was shown off during The Game Awards 2015.