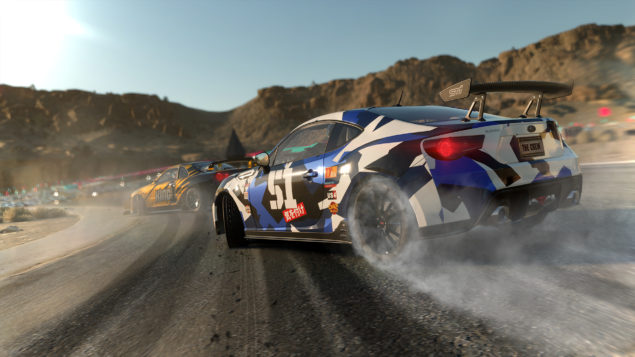 Apparently, the game is getting a PC closed beta test from October 15 to October 19.

The closed beta will allow players the first opportunity to participate in “The Summit”, a gathering of thousands of drivers and mechanics from around the world, taking place in iconic locations all around the USA. It’s an event where car culture is celebrated across a multi-dimensional competition with the widest variety of vehicles, from heavily tuned cars to agile bikes or more exotic concept cars. The Summit is the largest challenge in a driving game to date, where players will showcase their talents across a wide range of skill sets and terrains.

During the closed beta players will also have the opportunity to complete PvE and PvP missions to raise their ranking and unlock new features to customize their vehicles. FreeDrive activities will also be playable, as well as speed and skill challenges, stunt competitions with brand new trials created exclusively to fit new vehicle specifications.

Players will be able to test their skills with dragsters, designed to reach incredible top speeds; drift cars that demonstrate impressive control; unstoppable monster trucks that can perform dangerous backflips and insane jumps; or a range of agile motorcycles from prestigious brands, geared to take on the fastest cars on and off-road.

The beta will also showcase the graphical update that the expansions brings, creating stunning environments enhanced by new lighting effects and redesigned areas adapted for all types of vehicles. Existing owners of The Crew will also have access to this graphical update free of charge.

You can register to access this upcoming beta test for The Crew Wild Run at this address. In related news, French studio Ivory Tower (who worked on the game alongside Ubisoft Reflections) has been acquired by Ubisoft as announced by the German blog. Ahmed Boukhelifa, Managing Director of Ivory Tower, said:

We have always had a very positive working relationship with Ubisoft and due to the cooperation of The Crew and the common success, we have recognized that our cooperation has enormous potential. By integrating into the Ubisoft teams, Ivory Tower will continue to benefit from Ubisoft's infrastructure, support, tools, technology and vision. In return, our experience will contribute to the further success of Ubisoft.

The studio will keep supporting The Crew for now, which according to the blog entry registered over 3 million players to date. The Crew Wild Run will be available for download on November 17, and it will also be bundled with the base game in stores from November 19.