How To Create Custom iOS Keyboard Theme Using Your Photos

Here's how you can create a custom iOS keyboard theme using photos which you have taken with your iPhone and iPad. At the end you'll be left with a keyboard to use whose color combination is totally unique compared to anyone else's in the world.

Apple made a bold move opening up iOS even further by providing an official keyboard API with the release of iOS 8, allowing developers to create one of a kind third-party keyboard apps for the iPhone and iPad which just wasn't possible before on a stock level. The first wave of apps consisted of big names such as Swype, SwiftKey, Fleksy etc. but slowly and gradually countless others gave the whole ordeal a shot, expanding the horizon and giving birth to truly unique offerings. Photokeys is one such app, and allows the user to create a completely custom iOS keyboard theme using just the photos stored on your iPhone and iPad. 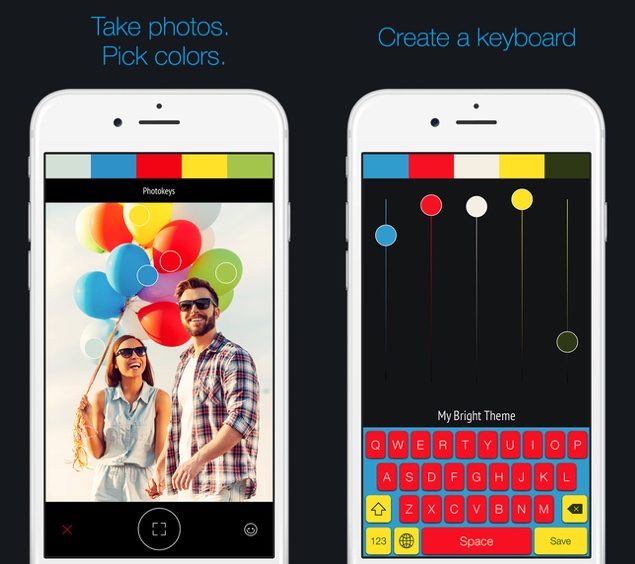 The way the app actually works is no rocket science at all. The first time you set out on your theme customizing odyssey, you'll first need to pick a photo from your iOS device on which your keyboard theme must be based on. Once you've done that, you then pick a set of five colors right from the photo itself which are in turn integrated to the keyboard theme which you want to create. Once you're done making those oh so crucial adjustments and finishing touches, you'll be left with a custom iOS keyboard that's completely unique in its own regard. Sounds simple doesn't it? And trust us, it actually is. 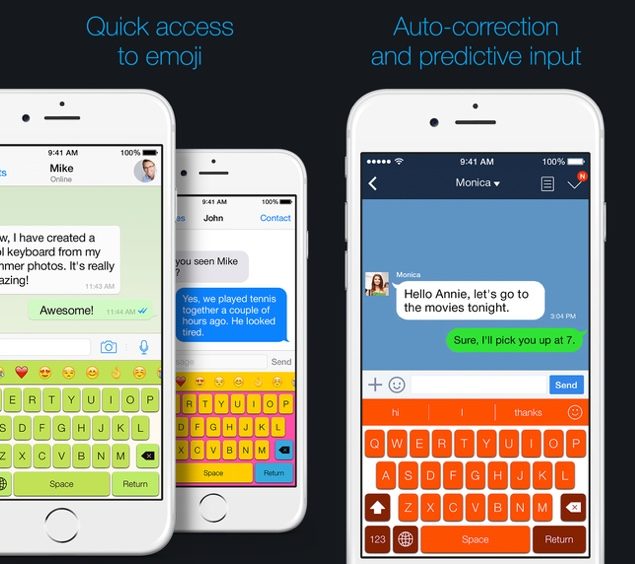 The app allows you to either select a photo right from the device itself or you can snap one there and then, giving you more freedom in terms of customization options. But that's not all, the keyboard also caters to the users among us who love to make use of emoji on a daily basis, therefore the developers have added a button directly on the keyboard, giving each one of us access to over 100 emoji characters on the fly. Rest of the features on the keyboard are pretty much standard, such as predictive text and autocorrection.

You can download Photokeys for iOS from here, and it costs just a dollar. The keyboard app supports both the iPhone and iPad natively, so you can rest assured that it will across all of your devices without any sort of problem.