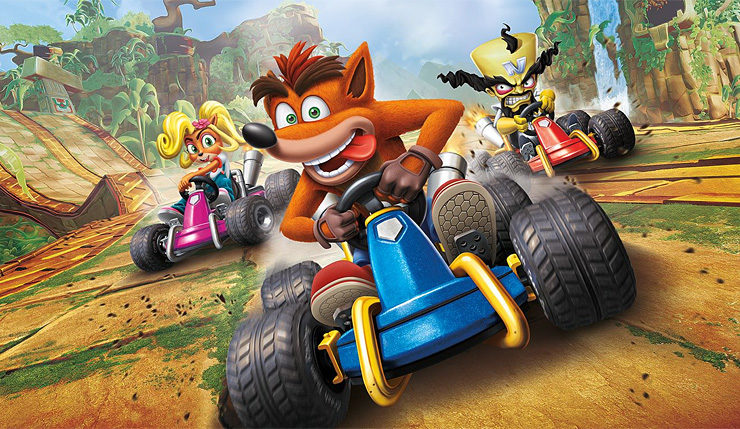 Late last year Activision revealed they’d be going back to the PS1 remake well with Crash Team Racing Nitro-Fueled, but we haven’t seen much of the game since then. Well, rev those engines, because a new Crash Team Racing trailer has been released – check it out, below!

No doubt about it, the game’s looking pretty darn nice. I’m particularly impressed by the sense of speed – Mario Kart may  have a legitimate competitor for the first time in years. Want some more CTR footage? No problem! A number of outlets recently got to go hands-on with the game – here’s a split-screen race courtesy of the folks at VentureBeat.

And here’s a quick video preview courtesy of IGN…

Developed by Beenox, Crash Team Racing Nitro-Fueled is built from the ground up and remasters the original Crash racing game by bringing the characters, karts, tracks and arenas to modern console HD graphics. Fans will be able to see Crash and friends’ expressions and antics in beautiful detail as they blast each other with power-ups and whiz around the corners in all the original racetracks. The stakes are high and the competition is fierce as players race with a variety of Crash Bandicoot series characters, including Crash, Coco, Dr. Neo Cortex and others against the egomaniacal Nitros Oxide to save our planet from destruction. In the new game, Adventure, Arcade Single Race and Cup Race, Time Trials and Battle Mode are back. Play Crash Team Racing Nitro-Fueledsingle player or vs. friends both online and offline.

Crash Team Racing Nitro-Fueled will set you back $40. Activision is also offering the Nitros Oxide Edition for $60, which includes a variety of skins and other goodies and the ability to play as Nitros Oxide from day 1 (those who buy the standard edition can still earn him in-game).