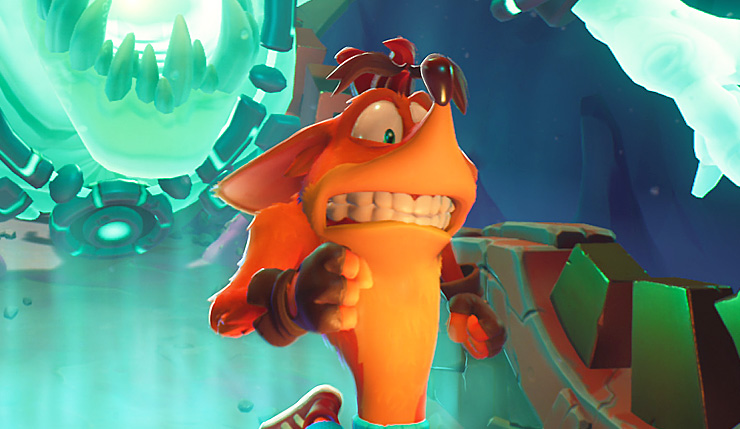 Earlier this week Activision officially unveiled Crash Bandicoot 4: It’s About Time, and while most of the series’ fans are excited to take control of the jort-wearing marsupial again, a few have questioned the game’s $60 asking price. After all, Crash Bandicoot N. Sane Trilogy featured three full games for only $40, so how is Activision justifying asking full price for just one? Well, it turns out Crash Bandicoot 4 is bigger than all three games in the original Crash trilogy combined.

According to a GameStop ad making the rounds, and shared by Twitter user Broski, Crash Bandicoot 4 will have over 100 levels…

THAT $60 PRICETAG MAKES ALL THE MORE SENSE NOW, DANG

THIS IS N. SANE pic.twitter.com/a6bCJNMr8t

Dang! For the record, the original Crash Bandicoot had 26 levels, Crash 2 had 27, and Crash 3 had 32 for a combined total of 85. Of course, we don’t know how long Crash 4’s levels are, but just based on the numbers, it seems like we’re looking at a triple-sized game here. Need to know more? Here’s are Crash 4’s key features:

Crash Bandicoot 4: It’s About Time spins onto Xbox One and PS4 on October 2.