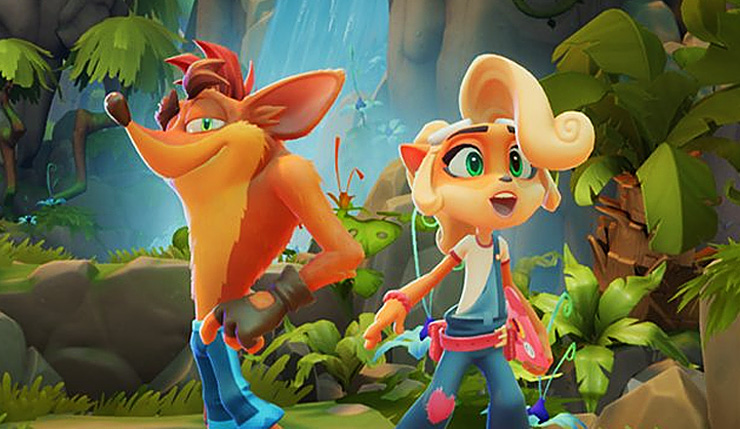 Crash Bandicoot 4: It’s About Time has only been announced for PlayStation 4 and Xbox One, but it seems like the game will eventually hit the Nintendo Switch.

Twitter user SunwerPrower recently discovered a mention of a Nintendo Switch version in the official website's source code, pretty much confirming that the game will hit the Nintendo console at some point.

New Crash Bandicoot 4: It’s About Time details have neem revealed last week during Sony's latest State of Play. The upcoming platform game will feature a play mode called N.Verted Mode which will mirror all of the game's levels and add brand new objectives.

Completing Crash Bandicoot 4: It’s About Time – from collecting Time Crystals to Gems and more – is an achievement in of itself… But there is one ace in the hole that Toys for Bob, in collaboration with Beenox, has for truly testing out Bandicoots: N. Verted Mode! N. Verted mode takes the concept of mirror mode and phase shifts it into another dimension. Perspective isn’t the only thing that changed -- when playing in a dimension on N. Verted mode, that dimension may involve splattering paint to see your path forward, or keeping up with an old timey film reel that cranks up gameplay speed just as fast as it puts the picture on the screen.

Once you unlock this mode, all the game’s levels are repayable with this new art style, game feel, and challenges, allowing for the true completionists at heart to further challenge themselves for even more rewards, or for anyone who is curious about how their favorite levels get N. Verted.

Crash Bandicoot 4: It's About Time releases on PlayStation 4 and Xbox One on October 2nd. We will keep you updated on the Nintendo Switch version as soon as an announcement is made, so stay tuned for all the latest news.