Microsoft’s HoloLens augmented reality has a lot of fascinating parts but one of the most interesting one is where Microsoft is actually taking general public user’s opinions and using them to direct some of it early stage app development. The whole process is being carried out using Microsoft’s Share Your Idea website which was launched at the beginning of this month.

This would hopefully change to a human form in HoloLens

Microsoft might end up making a life-sized Cortana for HoloLens

The three most voted ideas obtained from the website were taken into consideration. One of them is called Cortana in Person. We all know how Cortana plays a starring role in Windows 10 as it is the company’s personal digital assistant. She is basically a Siri competitor who was derived out of the Cortana artificial intelligence character in the game series Halo.

“Hologram of Cortana from Halo who you can talk to and interact with,” forum user LookItsKris wrote in his description of the idea for Cortana in Person. “Works in the same way as Cortana on desktop/phone. Get answers to questions etc. Maybe ask a question on HoloLens and answers come through on phone? Possibilities are endless.”

“Dude, that would be so awesome. A real-life Cortana,” commenter H4rmonicAn4rchy wrote. “Who wouldn’t want that?!”

Since Microsoft will actually be looking into and will be building the top three ideas from the share your idea website it looks like we might see this happen in real life. There is a good chance that Microsoft will eventually end up bringing the Cortana to life for HoloLens. The $3000 HoloLens development kits will be shipped out in the first quarter of 2016. 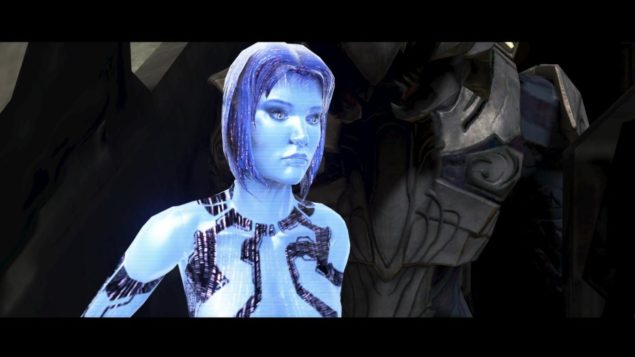 Since it’s a given that HoloLens would be using Windows 10 as default, just like in other Windows based device such as Windows phones and PC’s. So it is not really hard to visualize Microsoft making this into a reality, we might end up seeing Cortana in a life sized shaped in HoloLens. It only a matter of time before we know what form Microsoft is going to give to their personal digital assistant Cortana.