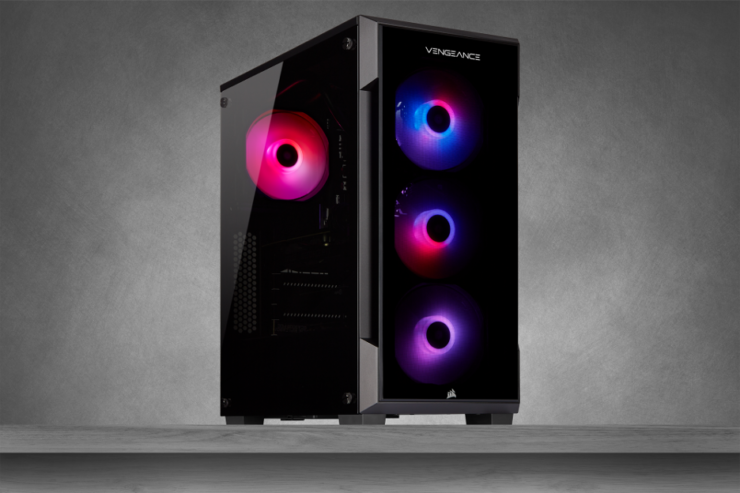 CORSAIR, a world leader in high-performance gaming peripherals and enthusiast components, today announced the launch of the new CORSAIR VENGEANCE a4100 and i4200 Series Gaming PCs, delivering outstanding gaming performance, eye-catching aesthetics, and easy upgradeability with either an AMD Ryzen 3000 Series processor or a 10th Gen Intel Core processor and GeForce RTX-powered graphics from NVIDIA. Equipped with renowned CORSAIR components and ready to game, stream, or both, the new VENGEANCE systems set a high bar for prebuilt gaming PCs.

The CORSAIR VENGEANCE a4100 Series is the latest system in the VENGEANCE line to boast the power of AMD Ryzen, achieving outstanding single-threaded and multi-threaded performance thanks to an AMD Ryzen 7 3700X CPU. An NVIDIA GeForce RTX 2070 SUPER graphics card outputs incredibly lifelike graphics with real-time ray-tracing technology. In a first for the CORSAIR VENGEANCE line of systems, the a4100 is available with a pre-installed Elgato 4K60 PRO capture card, perfect for content creators looking to record or stream their gameplay out-of-the-box. With reliable CORSAIR components such as 16GB of 3,200MHz VENGEANCE RGB PRO memory, a Hydro Series H60 Liquid CPU cooler, and an RM750 80 PLUS Gold-rated power supply, the VENGEANCE a4100 is ready to tackle today’s most demanding games while you share the action with the world.

CORSAIR Adds New Models To CORSAIR ONE And ONE PRO Lineup 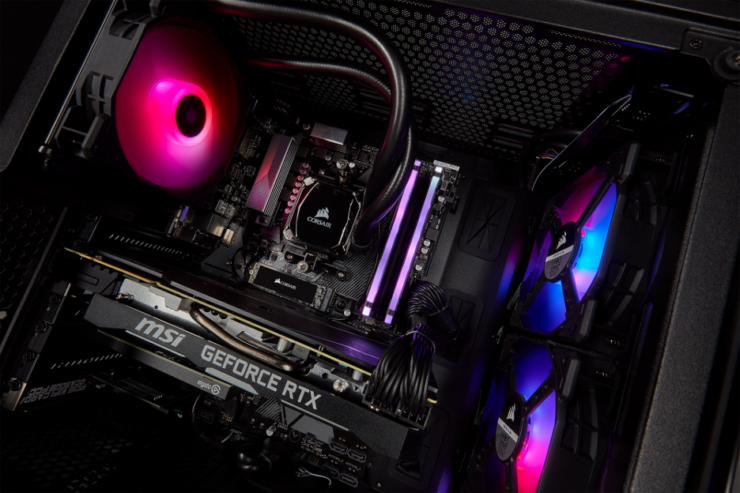 The CORSAIR VENGEANCE i4200 Series features the new blisteringly fast Intel Core i7 10700KF CPU, boasting 8-core, 16-thread performance at up to 5.1GHz. Coupled with a powerful NVIDIA GeForce RTX 2080 SUPER graphics card and available with either 16GB or 32GB of 3,200MHz VENGEANCE RGB PRO memory, the i4200 is out-of-the-box ready to tackle today’s most demanding games and tasks, complemented by a Hydro Series H60 Liquid CPU cooler and an RM750 power supply. 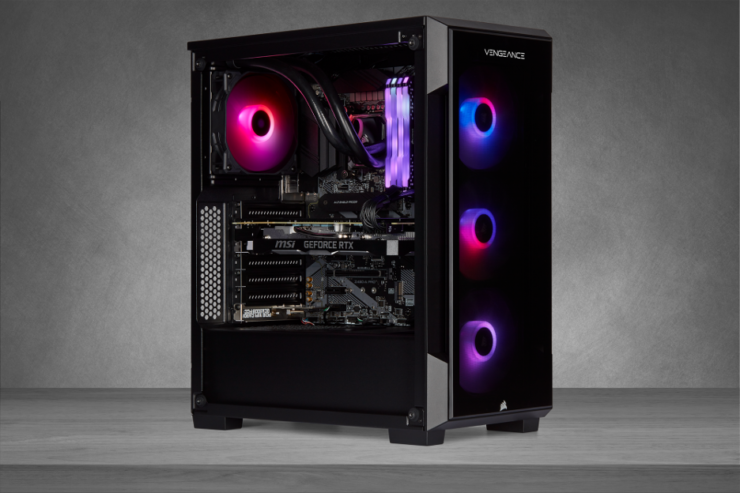 The new VENGEANCE systems are easy to upgrade and housed in a CORSAIR iCUE 220T RGB tempered glass case, great for showing off the vibrant, synchronized RGB lighting from up to 72 RGB LEDs in their components (depending on configuration). CORSAIR iCUE software enables full customization and control of your RGB lighting, as well as in-depth system monitoring and fan speed adjustment.

The CORSAIR VENGEANCE a4100 Series and VENGEANCE i4200 Series are available immediately from the CORSAIR webstore and the CORSAIR network of authorized retailers and distributors in North America.