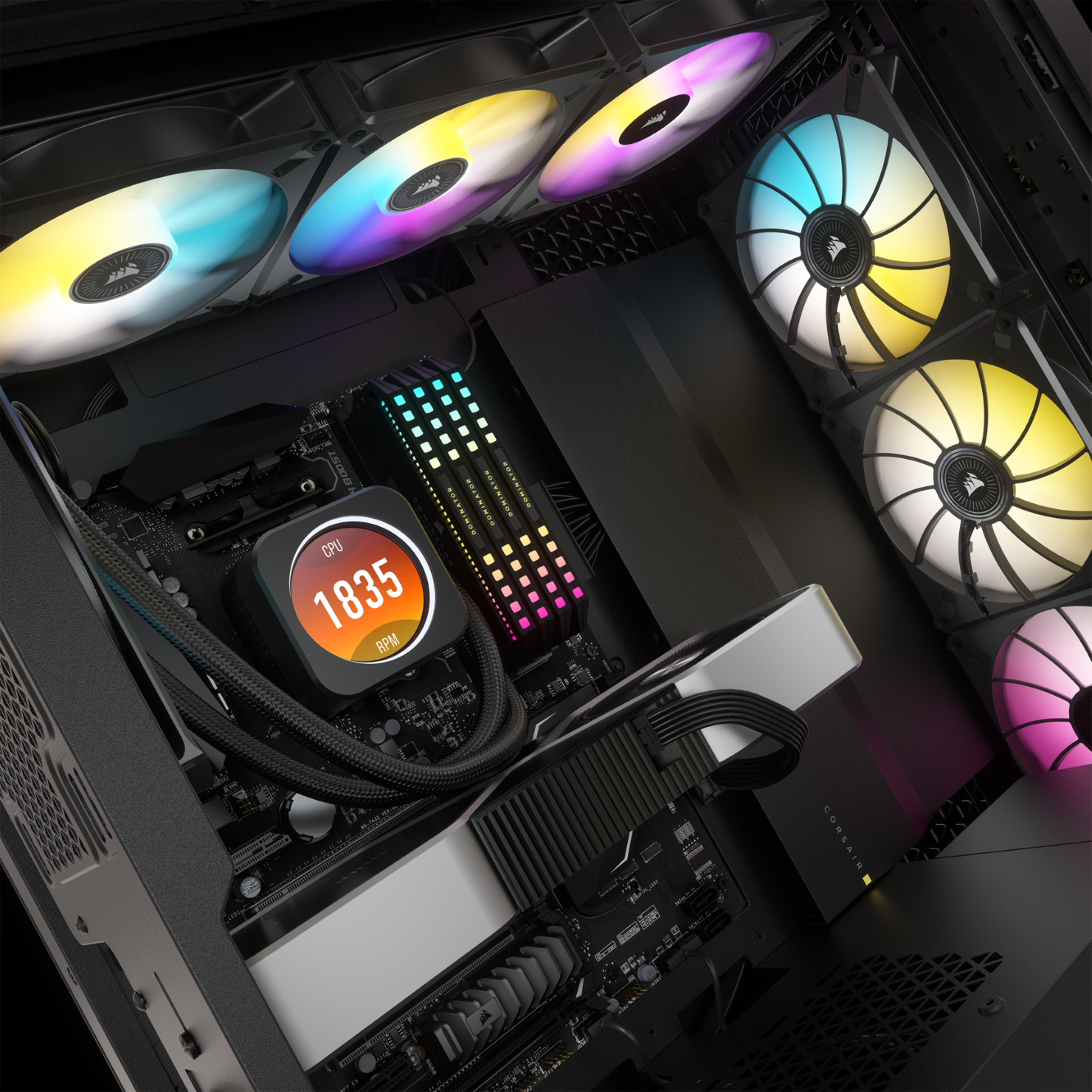 Corsair has announced the launch of its brand new Elite AIO CPU coolers which come with an LCD panel integrated on top of the CPU block. In addition to the new AIO coolers, Corsair has also given their ML-Series fans an upgraded design along with giving existing Elite Capellix cooler owners the option to add an LCD panel on their coolers.

The Corsair Elite AIO CPU coolers come in three flavors, the H170i ELITE LCD (420mm), H150i ELITE LCD (360mm), and H100i ELITE LCD (240mm). All three models come with a 2.1" LCD panel on the head of the pump which can be used to display important metrics such as temperatures, fan RPM & pump speeds. But for those who want more customization, don't worry as Corsair also adds in the option to customize the LCD with images and even GIFs. The ring encircling the LCD is also RGB compliant and features 24 individually addressable RGB LEDs that can be customized through the Corsair iCUE software suite.

As for the Elite AIO cooler itself, Corsair has included it's brand new ML RGB ELITE Series fans which feature magnetic levitation technology while the pump itself is seated over a copper cold plate that has been thermally optimized and comes with pre-applied thermal paste. The pump ensures a low noise output and the new coolers are compatible with almost every brand new socket types such as LGA 1700, LGA 115x, LGA 2066, AM4, and sTRX4.

ML RGB ELITE fans are also available separately in both 120mm and 140mm sizes and either black or white frames, so you can take advantage of their high performance to cool your entire system as well.

Corsair's entire ELITE AIO LCD lineup is available starting now, featuring a 6-year warranty while the fans and LCD upgrade kits are backed by a 2-year warranty The prices for each Elite LCD cooler are mentioned below: