Computer cases without 5.25” drive bays seem to be all the rage these days and the Corsair Spec Alpha is no different.  Originally shown off at CES 2016 the Corsair Carbide SPEC-ALPHA has now been released to the marked at an MSRP of $79.99USD and carries a 2 year warranty. 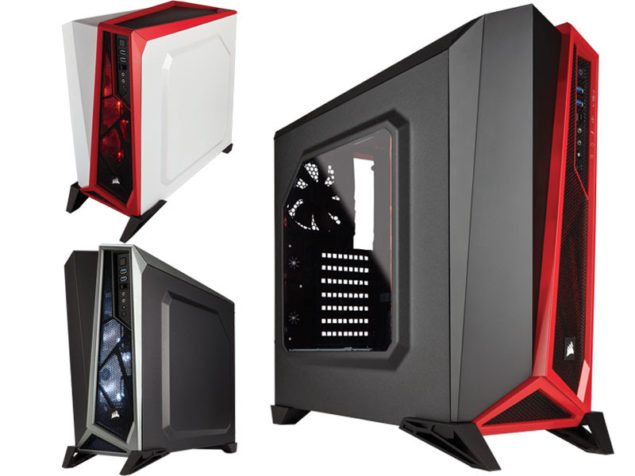 While this is not the first case from Corsair to remove the drive bays it is the first mid size ATX case to feature styling introduced by the Corsair Bulldog. The case features very aggressive lines with an interesting design for the feet and a large angular side window.  Coming in a variety of three colors; black/grey, red/white or the previously un-announced black/red pattern should satisfy most people.

These are the full resolution shots of the case to get an idea of what to expect from it.

We would love to hear what you all think of the design of the case and whether anyone is planning to pick one up at its low price of $79.99USD or is there another case, like the Fractal Design Define S, more worthy of your money? Sound off in the comments below!