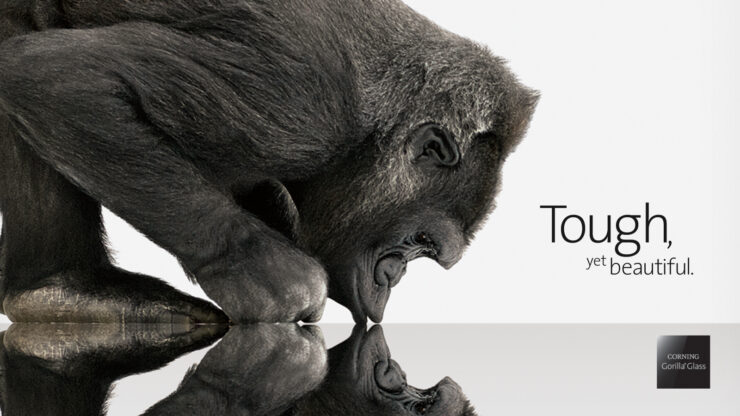 Corning has been making durable glass for quite a while now and improvements are evident every single year. The tough Corning Gorilla Glass is not completely prone to scratches but it does a pretty good job resisting unnecessary ones. The company has now announced its latest Gorilla Glass Victus that aims to be tougher, harder to scratch, and break compared to the previous models.

Corning has been making tough glass for smartphones, laptops, and tablets as well as wearables. The company is marking its name in the market with its latest Gorilla Glass Victus that represents a breakthrough in technology. The main enhancements revolve around the better drop and scratch performance.

In terms of lab test results, the Corning Gorilla Glass Vuctus performs superbly. The company says it achieved the drop performance up to 2 meters when the glass is dropped to a hard surface. Corning is well ahead of the competition at this stage. Aluminosilicate glass variants from other manufacturers typically fail when tested at heights less than 0.8 meters.

Corning states in the press release that the Gorilla Glass Victus will be used first by Samsung in its future devices. Could this mean that Samsung will use the Corning Gorilla Glass Victus in the upcoming Galaxy Note 20 series? or will Samsung integrate the new glass technology next year with the Galaxy S30 series smartphones? read more details on the company's website.

We will share more details on the story as soon as we hear it. Let us know in the comments section below.