Coolink today showed its new CPU cooler at Computex named Corator DS Plus. This cooler is an update to the original Corator DS cooler which was introduced back in January. The changes include denser aluminium fin blocks, fins that are jagged on two sides to increase air-turbulence, and the cooler will have two fans instead of one. One fan is used for intake while another fan in the middle passes the heat to the next aluminium fin block. The cooler has a copper CPU base and 8mm thick copper heat pipes. The cooler looks like a younger brother of the already released Noctua NH-D14 and is said to be released soon by Coolink. 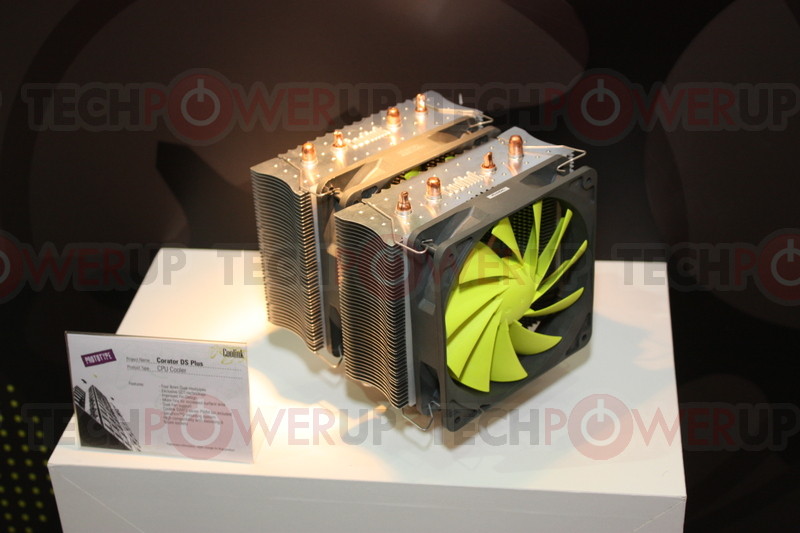