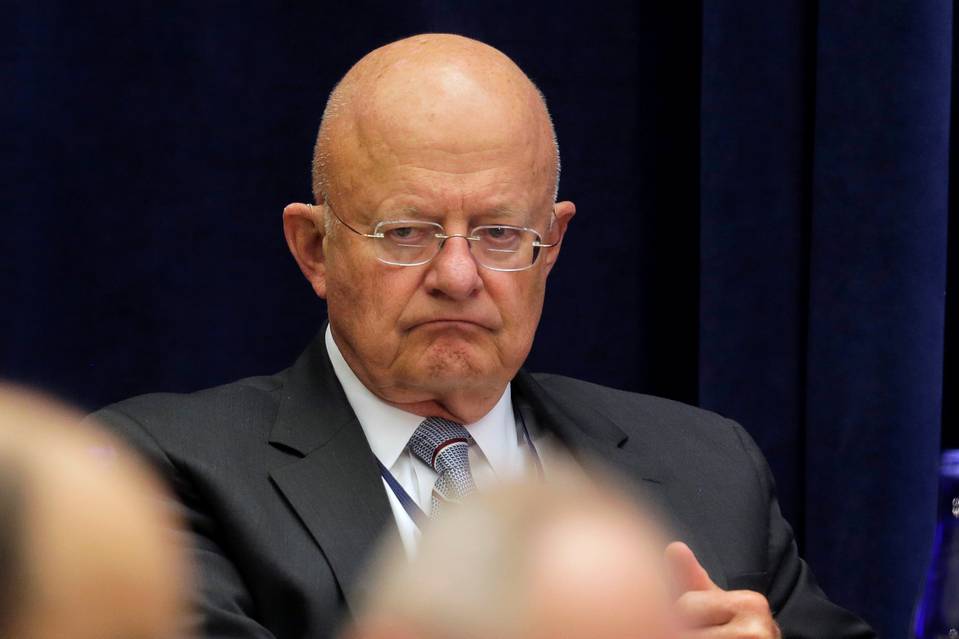 Director of National Intelligence, James Clapper, along with other top intelligence agencies faces questioning on Tuesday about the declassified report that the intelligence community of the United States released last week. The report had concluded that the election "influence campaign" was ordered by Russia's Vladimir Putin.

The country's top intelligence official is set to answer questions on Capitol Hill about the report, which details methods in which the Kremlin interfered with the election process via a number of cyber attacks and hacks to influence the election results. "This was a multifaceted campaign. The hacking was only one part of it. It also included classic propaganda… [and] fake news," Clapper had said ahead of the release of the declassified report.

Clapper will now appear before the Senate Intelligence Committee, "where lawmakers' questions will expose the underlying debate over the future of U.S.-Russian relations," AP reported.

The report - which has been highlighted in an earlier post - links the DNC hacks to Guccifer 2.0 which is further linked to the Russian military intelligence (GRU).

"We assess Russian President Vladimir Putin ordered an influence campaign in 2016 aimed at the US presidential election," the report said. "Russia’s goals were to undermine public faith in the US democratic process, denigrate Secretary Clinton, and harm her electability and potential presidency. We further assess Putin and the Russian Government developed a clear preference for President-elect Trump," it further added.

The declassified report lacked details about how the intelligence agencies learned about what they say in the report. Did they intercept Putin's communications leading them to believe that Putin himself ordered the influence campaign? This and several other similar questions could be asked in the hearing today.

Following the release on Friday, Putin's spokesman Dmitry Peskov told reporters on Monday that the Kremlin believes the US accusations have no substance. "They are amateurish and are hardly worthy of the high professional standards of top intelligence agencies," Peskov said. "We categorically rule out the possibility that Russian officials or official bodies could have been involved. We are tired of such accusations. This is beginning to remind us of a full-fledged witch hunt."

Along with Clapper, James Comey, director of the FBI, will also testify before Congress. Democrats will likely grill Comey on his decision to revive a probe into Clinton's email server just days before the election, as this is his first public appearance since the election.

A report from the United Kingdom yesterday revealed that the country is ready to "treat a cyber attack on the UK as seriously as a conventional attack". When Clapper had appeared before the Senate Armed Services Committee ahead of the report's release last week, he was asked whether Russia's actions in cyberspace constitute an act of war. Clapper had said it would be "a very heavy policy call that I don’t think the intelligence community should make".