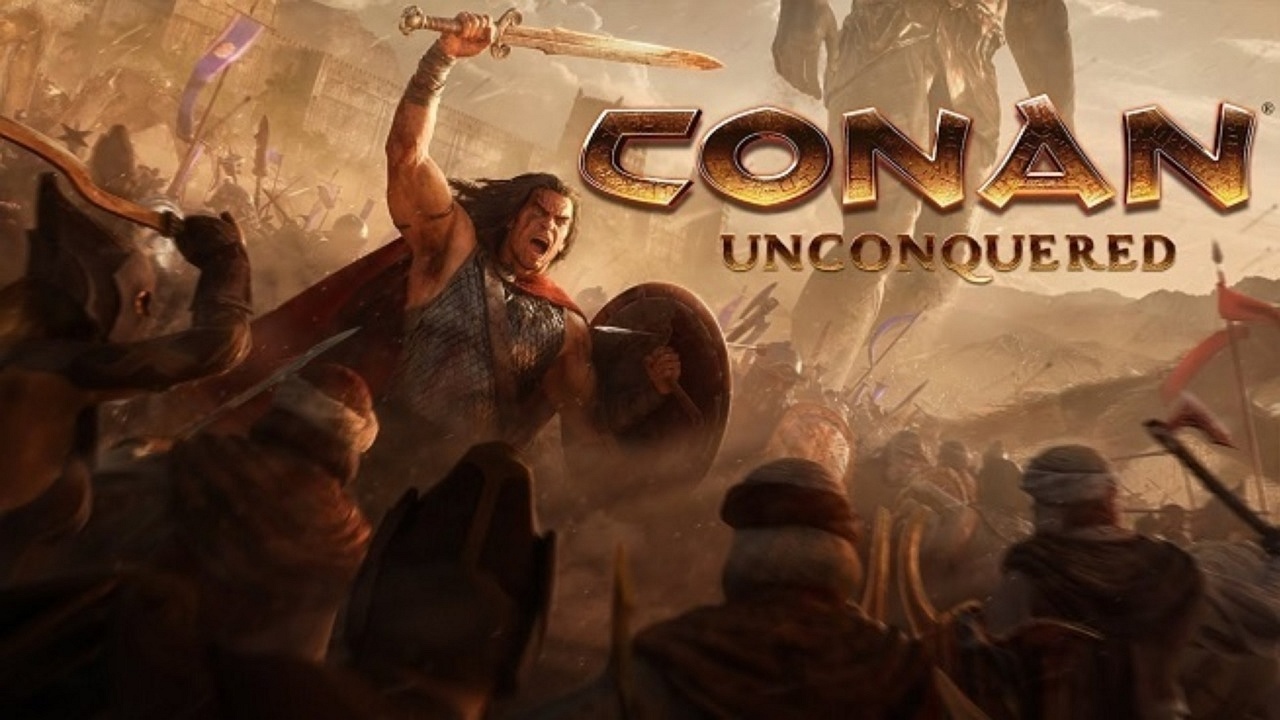 Conan Unconquered is a game that took me by surprise, more than anything else. When it was first announced I was more than a little surprised that the next game in the Conan Series would be, essentially, a scaled-back RTS. Especially so when you consider it follows an MMO and a huge survival game. My surprise didn't stop my excitement, with me putting it in the most anticipated strategy & simulation games of 2019. I finally got my hands on with the game at EGX Rezzed and it leaves one burning question, where's my beer?

Okay, maybe it leaves the question "does the game meets that level of anticipation?" Honestly, I'm not sure. 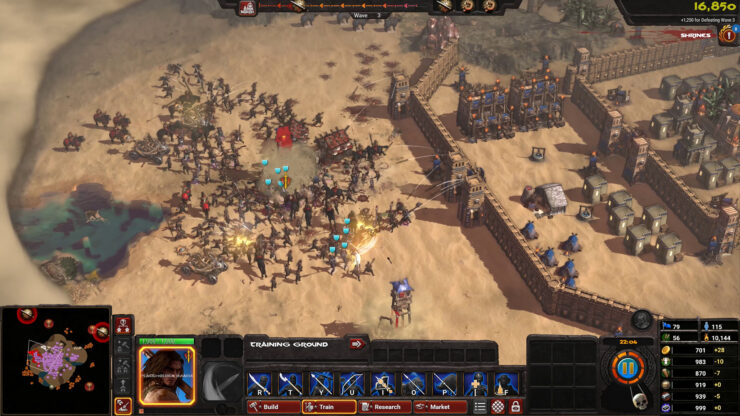 You see, the problem I have is that Petroglyph and Funcom openly use They Are Billions - an utterly fantastic indie strategy game - as an example of what Conan Unconquered is like. While yes, the gameplay is undoubtedly similar, there are a few large differences and one huge, major, game-changing difference: there aren't quite billions.

Now, there aren't actually billions in They Are Billions, but there are a lot. Conan Unconquered, on the other hand, has maybe a few thousand. This does drastically impact the game - or at least the idea somebody (chiefly, me) had about the game. The rest is much as you would expect, from the building of a base/city, the defending against waves of enemies and expansion or exploration whenever possible.

Don't assume that because there aren't billions, you'll have an easy time of it. Hyborian is a bugger of a place and you, taking the role of the prophesied hero are obviously going to lead the army and save the day. You don't necessarily need to be Conan either, with the game having multiple heroes to choose from. Though this is necessary to facilitate the multiplayer aspect of the game but also to add some variety in the way you play.

Of course, the main way Conan Unconquered offers variety is in the randomised maps. You have some control over this, but no two maps will be the same. Be this from the amount of land to water, the layout, terrain features (hills, etc), resources and even creatures. A lot of this can be chosen, to an extent, by yourself when setting up a game. 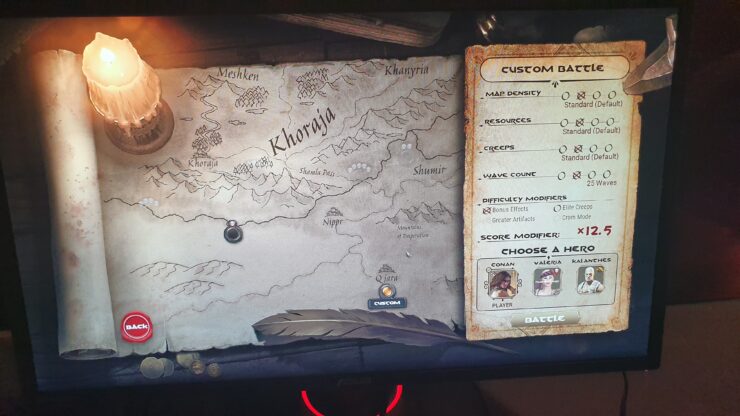 Naturally, in my hands-on, I used Conan as my hero of choice. Mostly because that's what the dev suggested and also because of Arnie. That highlights the first key element here: hero control. Your hero can fight, gaining experience, ranks and special abilities. In addition to this, they, along with any troops you recruit can head out to explore the map, battle NPC's and destroying their spawn points (eg. Spider Nests) to give you a resource boost.

This is a side element to the real focus of the game, defending your home. As with They Are Billions, Conan Unconquered has you starting with a core building that you have to keep up at all costs. You do this by generating resources, such as money, wood and food, to name a few. These are automatically generated by the buildings. You don't need collectors or builders as in other RTS titles. Other buildings you'll need are defensive structures and walls, as well as research buildings that enhance both buildings and troops.

You'll need the troops as well. As strong as your hero may be, he or she can't defend a kingdom alone. It takes some defending too. During any particular match, you'll be defending against waves of increasing difficulty enemies. The number of waves will depend on your settings of course. As they increase the number of enemy units also increases, as does the variety - rising from base soldiers to bringing in necromancers, catapults and more. Honestly, I didn't make it past the fourth of ten waves.

Co-op, which is a touted focus and core feature of the game, isn't something I was able to try out. However, when speaking to Renato Orellana, game designer on Conan Unconquered, he was happy to explain the core differences. In co-op, you and your partner will select different heroes. Both players get their own units but share certain resources. The aim here is to promote sound tactical planning, so one player may go out and explore while another builds defences. Increasing the number of players will naturally increase the difficulty, size and directions of enemy waves that are coming to attack you.

What can be said for Conan Unconquered is that when it comes to the look and feel of the game, everything is top notch and ready for launch. It looks and plays great. A particular note has to be given to the UI, where everything is laid out in a way that will be perfectly accessible for everybody. You know when you're getting resources because of the large orange dial - when that's full, you get some. Upcoming waves are made abundantly clear as their icon slowly creeps towards you at the top of the screen.

I can't say much as to the future content of the game. All I was told in that respect is that the game will feature the single-game wave-based defence as you will know from They Are Billions, but it will also feature a scenario mode which will feature five concurrent maps of increasing difficulty for you to go through. Fortunately, due to the random nature of the maps and the style of game, the replay value is likely to be high. The scenario mode will add to this, giving you a way to challenge yourself.

Launching on the 30th of May, you don't have long to wait for the next adventures in Conan-land. From what I've seen and actually played, it's looking like Conan Unconquered could be a fun and challenging strategy game. In particular, I'm looking forward to trying it out and seeing exactly how the multiplayer aspect of the game functions.

The game will be priced €29.99 and it's available for pre-order through Green Man Gaming.