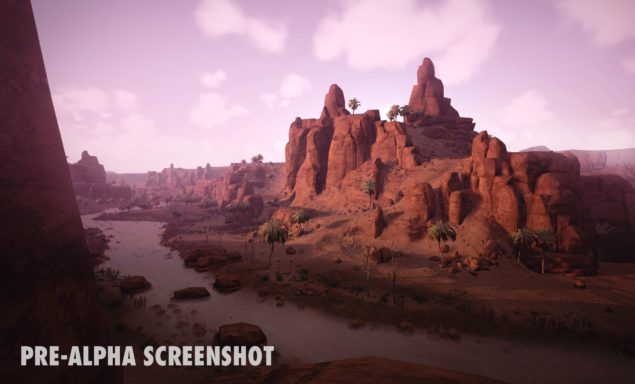 Funcom announced Conan Exiles a couple of months ago. This is a very different game than their previous Age of Conan game - that one was an MMORPG, whereas Conan Exiles will be an open world survival game with a multiplayer focus.

You are an exile, one of thousands cast out to fend for themselves in a barbaric wasteland swept by terrible sandstorms and besieged on every side by enemies. Here you must fight to survive, build and dominate.

Hungry, thirsty and alone, your very first battle is that against the harsh environment. Grow crops or hunt animals for food. Harvest resources to build weapons and tools. Build a shelter to survive. Ride across a vast world and explore alone, or band together with other players to build entire settlements and strongholds to withstand fierce invasions.

When strong enough, march forth into battle and wage war against your enemies as you fight to dominate the exiled lands. Sacrifice enemy players on the altars of the gods and shift the balance of power your way. Unleash your fury in savage, fast-paced combat and execute bloody and bone-crushing attacks that will see heads rolling and limbs flying.

The development team recently hosted a community Q&A on their Facebook page. We've gathered the most interesting highlights below, such as the combat's inspiration coming from Dark Messiah of Might and Magic.

Funcom also showcased some new screenshots. The first one is about building structures in Conan Exiles:

In CONAN EXILES you will be able to build all kinds of different structures, piece by piece. While this image shows some of the basic parts, more advanced pieces will also be available. Building parts will also exist in various tiers that have different visuals and offer different levels of defense against attacks. Everything you build is fully destructible, so it's wise to think about how to defend your settlements early on! 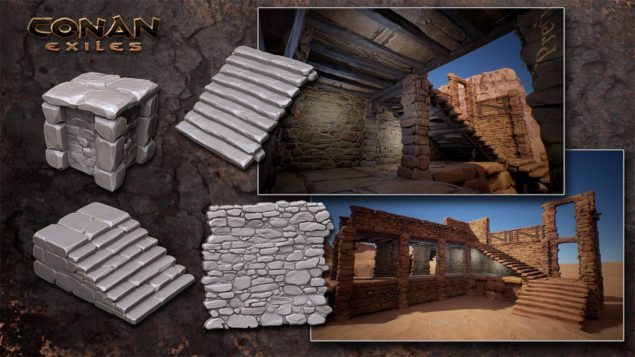 The second one shows the variety of rock formations and mountains the environment artists have been working on. 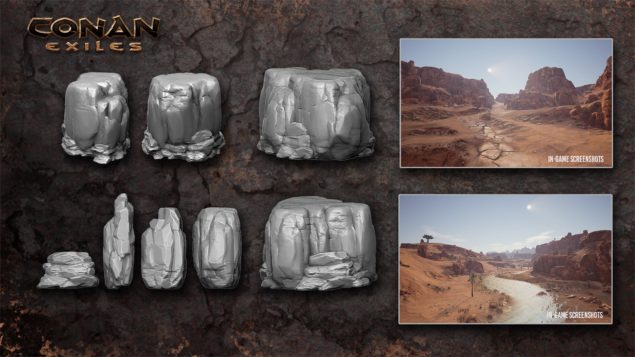 Moreover, Funcom just announced something for fans of the Conan tabletop RPG, too: a new sourcebook dedicated to Conan Exiles.

The game should launch on Steam Early Access during this Summer, while a full release will happen later on PC, PlayStation 4 and Xbox One.