Graphene lens research has allowed it to become the future of several applications. Now thanks to the latest conclusion, it will take optical computing to a whole new stage. 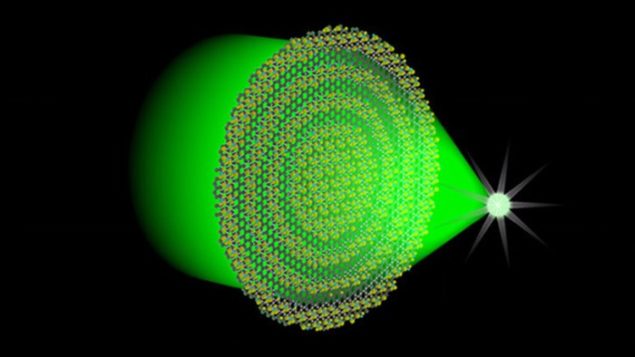 Graphene Lens Is 300 Times Thinner Than A Sheet Of Paper, Making It Extremely Ideal To Be Used In Optical Computing

In addition to being 300 times thinner than a sheet of paper, Graphene lens has a mass a single microgram. These two very distinctive features of this material is exactly what is required to split a beam of single photons. As some of you might not know, optical computers require devices called photonic chips, which store information as photons rather than electrons. They also allow information to move at light speed, and organizations such as NASA have taken thorough advantage of its benefits.

Unfortunately, as much as the benefits outweigh the risks, there are several hindrances that have popped along the way, preventing researchers from completing their goals in due time. This is because one hindrance happens to be possessing lenses thin enough to split beams of light and divert them around the chip. Previous attempts to make such lenses have been possible, but at the cost of exorbitant funds, which make advances in the venture impractical. Materials such as gold was required to progress, and you can wonder by these researchers were having such a problem in pushing forward. However, these talented individuals might finally have caught a break.

According to researchers present at the Swinburne University of Technology in Australia, they were able to produce a lens using graphene oxide not only thin enough to overcome the diffraction limit, but it’s also cheap, strong, flexible, and easy to produce. There was also sufficient information provided about Graphene lens, and the crux of those findings have been stated below:

“Why does that matter, you may ask? Well, think of it this way: the new lens could be used to build devices capable of viewing, manipulating, monitoring, and trapping the tiniest particles in real time. In other words, it has the potential to revolutionize the technology used in medical diagnosis and treatment, imaging, sensing, and even computing.”

Optical computing will be taken to a whole new stratum, but that is not the only benefit where the variable of Graphene lens will come into play. Smartphones could have their size and weight significantly reduced, and advancements in the field of medicine could achieve their goals rapidly. The primary concern around producing machines is that they require a lot of funds for completion, particularly satellites that are hovering around the orbit. With Graphene lens, production of nanosatellites could commence, making them lighter, and better at focusing on Earth. These nanosatellites could perform the same functions as a regular sized satellites, and since they will cost less, there could be several of them suspended in the orbit. What other advantages do you see in Graphene lens research?

Do tell us your thoughts.