Company of Heroes Is Now Up for Grabs on the App Store, but for iPads Only 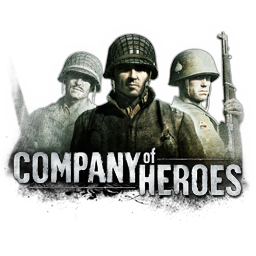 The popular PC/Console franchise Company of Heroes is now available for iPads on the App Store. The game is set in World War 2 where you play as a squad of American soldiers in various real-world locations such as Normandy and fifteen other locations. The iPad version of the game is a remake of the game and features updated visuals, and a redesigned control scheme specific to the iPad. It will feature both the original game’s campaign and Skirmish mode. Here's a look at the game's official trailer.

Company of Heroes will carry over most features and gameplay mechanics from its PC counterpart. The developers also state that it will come with 'enhanced' graphics custom-designed for the iPads' retina display. The game also features "Real-time physics and destructible environments" that let you use in-game objects such as explosive barrels to your advantage. Here are some in-game screencaps that should give you a rough idea about how it'll look like.

Company of Heroes requires your iPad to run on iOS 13.1 or later. Furthermore, it needs at least 6GB of free storage, with 8GB recommended. Here's the list of supported devices, according to the game's official website. The game isn't ready for iPhones just yet and will arrive on the platform as a separate release in the future.

Company of Heroes is available to download from the App Store for $13.99. Even though Company of Heroes' App Store listing states that the game has in-app purchases, you can download additional content such as skirmish maps, campaign missions, and more for free. Unfortunately, there will be no multiplayer at launch, which is rather puzzling, considering there are Skirmish maps up for grabs. Perhaps the functionality will be available in a future update.