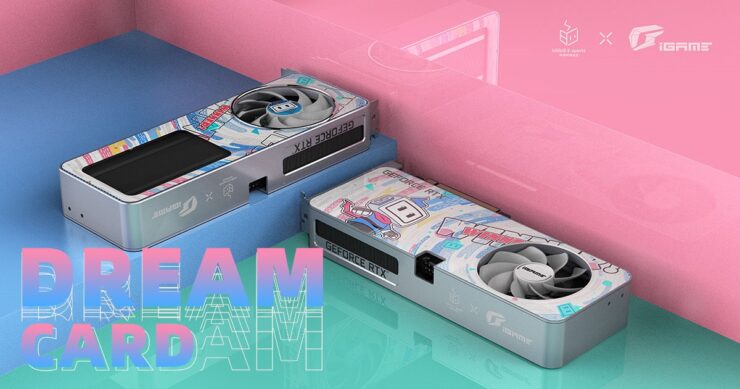 In late April, we reported about company COLORFUL releasing a new GPU for the e-sports market based on China's Bilibili social media platform and their E-Sports team. Colorful has officially released their first custom graphics processing unit that utilizes a 12-pin power connection.

This card is aptly named the Colorful RTX 3070 LHR iGame Bilibili E-Sports Edition. This particular style of graphics card is normally not found except with the NVIDIA Founders Edition line of cards.

Having a 12-pin power connector for a graphics card is not a typical design. However, with the increased connectivity, it causes motherboard manufacturers to start to redesign new boards to compensate for the change. Most manufacturers are hesitant to make those changes due to the ease of manufacturing a design that has been around for several years.

The physical design of this card is also much different than other models, due to its dual-fan design on each side of the card. Its model style is similar to RTX 3080 and RTX 3090 cards. Colorful RTX 3070 LHR graphics card is a custom 8 GB GDDR6 graphics card with a PCB that is identical to the NVIDIA RTX 3070 PG142 SKU10. Colorful's graphics card showcases a dual-BIOS switch allowing a boost overclocking increase of 1.8% (1695 MHz). It utilizes 5888 CUDA cores, 8GB memory with up to 14Gbps memory speeds. It also has a low hash rate, similar to the Colorful iGame GeForce RTX 3060 Ti Bilibili E-sports Edition OC LHR-V.

With the basis of the card's design on Bilibili and their E-Sports team, this graphics card will be available in those markets and not have a worldwide release. Pricing will also come at a slight premium over the reference MSRP of $499 US.