Co-Founder RockSteady: “If You Got Your Copy of Batman Arkham Knight Early, Please #DontBeA****”

It has been known to be an issue that street retailers have been known to break the release dates and sell the copies of games as soon as they've been received by them. This is what happened to Mortal Kombat X as covered here and the same happened to Witcher 3 a couple of days before its release too. In the case of Mortal Kombat X, when a fan was asked how he got his copy of the game before it has been released, he said:

“Well, most Arabian countries don’t respect release dates, so they just sell it when they have it in stock”

A lot of players thought that the fan was lying so in confirmation, another player commented the following below:

“Not fake, i got mine 3 days ago XD already done with story mode.”

And as such, this has indeed surfaced as an issue for the developers and thankfully, it looks like Batman Arkham Knight Developers know just how to deal with it. 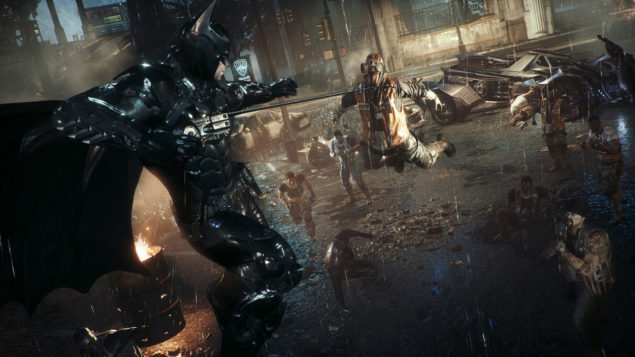 Co-Founder Sefton Hills Tweets to the Fans: If You Have An Early Copy of the Game, Please #DontBeA****

With all the rules and regulations of the day, you will hardly find any instance where a developer speaks their mind and trust me these rules are there for the better. But every once in a while, I agree that there are times when one should give some people a piece of their mind and that is exactly what the mindset is at Rocksteady Studios and hey, I'm not complaining.

To tackle the situation of gamers getting their copies before the release date and ruining the game for the rest with spoilers, the team at Rocksteady has adopted a cut-throat approach as the Co-founder of Rocksteady Studios made his way to twitter earlier today and gave spoilers a piece of his mind. He tweeted:

If you're lucky enough to get an early copy of @BatmanArkham, please #DontBeADick and spoil it for everyone else!

I guess it was required with the massive amount of spoilers on the web and his tweet was praised by several of the gamers as well with fans thanking Sefton in reply to his tweet:

"I couldn't have said it better myself!!! #Thanks"

"Thank you Sefton thank you please tell them"

"Thank you!!!! Wise words from Sefton everyone"

This tweet does send a message but apparently it was a bit late in the coming as spoilers of Batman Arkham Knight have already started making their way onto the internet.

Stay tuned for more news on Batman Arkham Knight and do share your views with us in the comments section.