“NetherRealm perfected the art of mobile fighting games with Injustice: Gods Among Us, which has been downloaded more than 43 million times since it launched in April of 2013, and with WWE Immortals, which has more than eight million downloads since January 2015,” said Greg Ballard, Senior Vice President, Mobile, Social and Emerging Platforms, WBIE. “The team has outdone themselves with its latest offering, creating an authentic Mortal Kombat mobile experience from the ground up, bringing players all the signature, over-the-top fighting gameplay mechanics that are hallmarks of the franchise and delivering on WBIE’s quality games-as-a-service promise.”

Mortal Kombat X has a release date scheduled for next week but it seems like that the game has already been released. It certainly seems so, according to a video on YouTube. 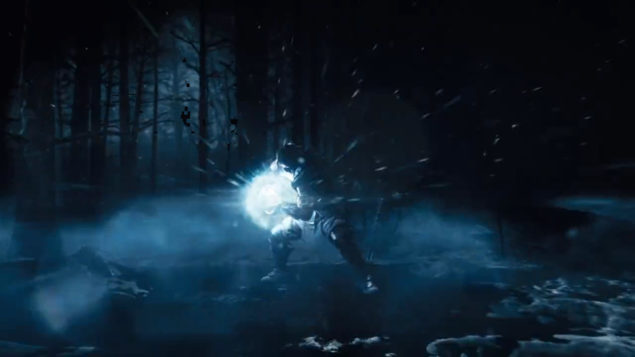 Mortal Kombat X has already been released in some countries, the middle eastern ones. A video on Youtube shows the unboxing of the game. The video is might just be the most funny unboxing video on the internet but it does the job. At one end, gamers are waiting anxiously for the game and at the other countries are not respecting the release date and gamers in those country have the game already.

Q: “How the F do you have it already, 7 days before release?”
A: “Well, most Arabian countries don't respect release dates, so they just sell it when they have it in stock”

Well that really sad to see how immature the world is shaping up to be and given the fact that its a major release people have been waiting for makes a whole lot worse.

The authenticity of the video was obviously questioned in the comments but the channel owner, who uploaded the unboxing video for the PS4, said that it was not a fake and that they actually found someone who was selling it for an elevated price. That was pretty much the cherry on top and the same was confirmed by another Youtube user "DEsertSOUL8" who said that he got his 3 days ago and was already half way through the story mode.

"Not fake, i got mine 3 days ago XD already done with story mode."

You can check out the unboxing video below.

The least that can be said is that this is something that the gaming developers should look into before shipping their copies as it is unfair to anyone who is waiting for the game and most importantly for someone who preordered the game. Do let us know what your views are about the early release of the game in some countries and would you be willing to pay extra if someone offers you the same deal?