Code Vein Will Have “Unique” Style That Is Neither Anime Nor Realistic; Footage Due in May 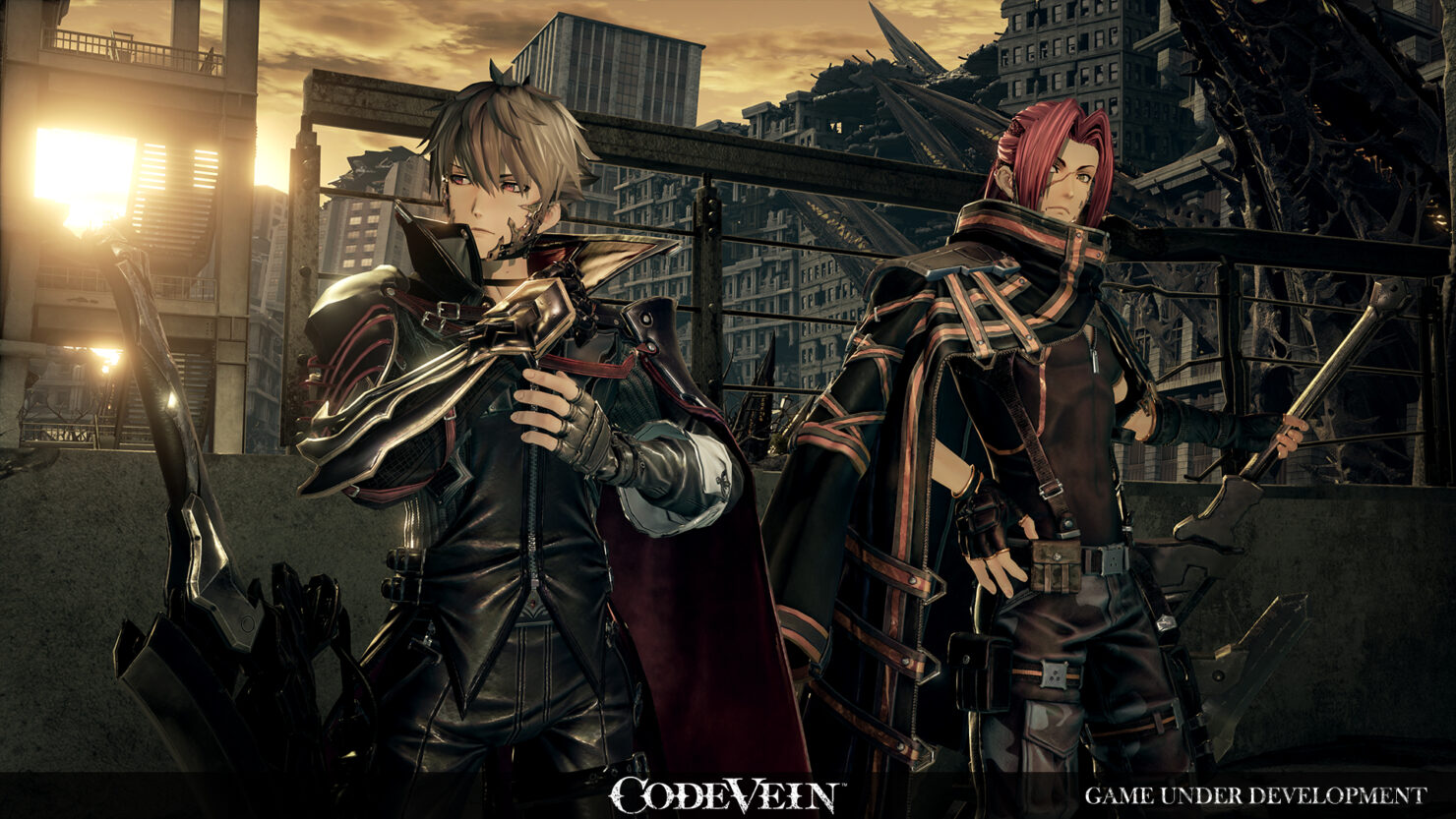 Set in a near future where a mysterious disaster caused the collapse of society, Code Vein features vampire named Revenants as the main protagonists. Players will have to explore the dangerous world alongside a "buddy" NPC, who'll be able to help them in perilous situations.

Japanese magazine Famitsu had an exclusive interview with the developers in its latest issue. Kite Stenbuck translated all of it on his Patreon page and the article definitely contains some interesting tidbits, particularly concerning the unique art style of the game. According to Shift developers, it's born out of Japanese sensibility but it should appeal to gamers all around the world.

Yoshimura: We’re adopting “Unreal Engine 4” as the game engine for this title. Unreal Engine 4 is strong at calculation for drawing physics, so it can produce pictures with extraordinary sense of reality.
In order to realize a unique picture-making that’s compatible with both the former and also presentations of characters that have emotions, we did a lot of trials & errors.

Tomizawa: We took quite some time until we arrived at this [kind of] picture-making. It’s neither anime-style nor realistic. There is an intention to build uniqueness in a presentation that’s made in Japan, in the Game CG genre.

Yoshimura: What we want to emphasize is, we believe that things liked by Japanese users ought to be applicable to the world too. We’re proceeding by keeping that as an axis that cannot be shaken.

Tomizawa: We were wondering what kind of presentations would make users who like Japanese anime & games say ‘cool’ and ‘cute’. We worked on searching parts that cannot be explained in words.

Yoshimura: I personally am a Japanese, so while basing on the appeal and subtlety of molding sense that come from Japanese sensibility, I also want to create a world that also has combined reality so that it can also be received by a broader range of Westerners.

Iizuka: As a result, I think it should become a presentation that can also be easily received by overseas users.

Yoshimura: It took a bit more than 1 year until we settled on this direction. Also putting into factor that the presentation power of game engines has increased so much that in creating characters in the current era, it’s not enough to pack in the details by just having the designers draw out illustrations; so we had no choice but to actually refine them on the engine itself.
Because of that, this time the character designer, the technical artist and the modeler who creates assets have to have a strong coordination while proceeding on making pictures. Having passed through this reveal, I think we want to continue brushing them up.

The developers also stated that the first "promotional video" footage will arrive in early May.

Code Vein is expected to hit "major home consoles" in 2018, which probably means PlayStation 4 and Xbox One (though a Switch port isn't impossible, given that the title is powered by Unreal Engine 4). Still, Bandai Namco recently published God Eater 2 on Steam which may be an indication that they could do the same with this one.

Meanwhile, take a look at the full gallery of screenshots available below.