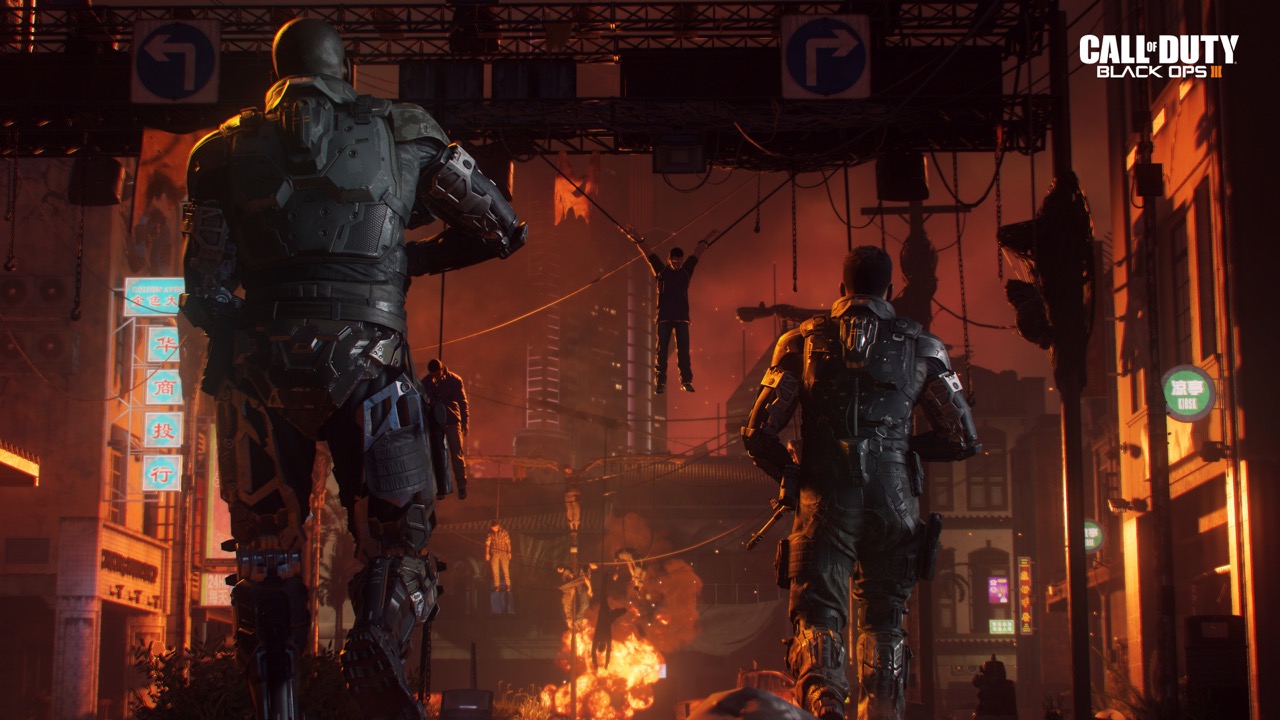 Treyarch and Activision have released Call of Duty: Black Ops 3 patch 1.17 for both PS4 and Xbox One.

Patch 1.17 is live as we speak, and Activision has now provided official patch notes, which can be found below. Please note that most notes are platform specific, and apply to the PS4 version of the game.

Fixed an issue which prevented Scorestreak progress from resetting on death during CWL game modes.

Focused development effort to improving overall online networking performance and in-game stability, including but not limited to:

Discovered and eliminated a handful of behind-the-scenes errors causing the game to occasionally hitch under certain circumstances.

Rewrote a portion of the rendering system to streamline CPU performance.

Black Market Attachment Variants will no longer be returned to default in Gunsmith after playing a match.

Manticore will no longer collide with prone teammates.

Adjusted the Kill-Cam when one Manticore kills another Manticore.

Annihilator and Gravity Spikes now do more damage to the Manticore.

Adjusted the Hardpoint capture zone near the southern ice-box.

Lethals, Tacticals, Scorestreaks, and the Uplink Satellite will no longer fall through the pool noodle.

Adjusted the Hardpoint capture zone in the Hotel.

Fixed an issue with spiders not spawning in correctly during natural play.

Fixed an issue where players could lose their equipped weapons after being revived.

Fixed an issue that would cause the game to freeze at high rounds.

Fixed an issue with the Level 1 challenge completion.

Fixed an issue with the game timer when a player joins a game in progress.

Various fixes for the Keeper Protector.

Fixed an issue with the AI getting stuck in Verruckt portion of the map.

Fixed an exploit with the Ragnarok.

The Rift E9 will now do proper damage to the Margwa.

Resolved a freeze that would occur during the final Easter Egg boss battle.

Fixed an issue where players could die while teleporting.

Thanks Charlie Intel for summarising the Activision PS4 and Xbox One notes.