Dead or Alive Xtreme 3 (DOAX3) won't be heading over to the West, and Unreal Tournament & Gears of War designer Cliff Bleszinski, took to Twitter to share his view on the matter. Bleszinski bets, in contrary to DOAX3, his own game Lawbreakers will feature a highly diverse cast that isn't half naked. 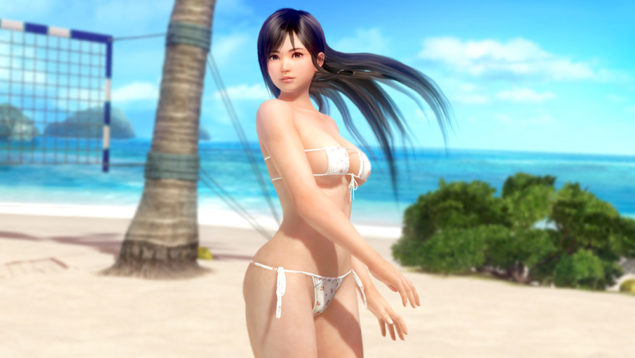 Last week we reported on how DOAX3 could still be released in the West, if fans showed enough interest. Yesterday, however, it was confirmed that the sensual title from Koei Tecmo will only be released in Asia due to fear or backlash. According the game's official Facebook page, the game won't be released in the West because of the constant debate regarding how women are treated in video games.

In general, women are underrepresented in video games, and when they are portrayed, they are often treated as a person as an instrument of some sort of sexual pleasure. To name a few characters: Quiet from Metal Gear Solid V: The Phantom Pain, Lara Croft in Tomb Raider, Tifa Lockheart from Final Fantasy, and Ivy from Soul Caliber. While these games are portrayed by attractive females, the Dead or Alive games take  the cake with engines that simulate busty breast movement, and costumes with little fabric. This applies even more to the series spin-off series, Dead or Alive Xtreme, which seems to focus merely on the women's sex appeal.

Not releasing DOAX3 is "Dumb"

As it turns out, this fact was also noted by Gears and Unreal designer Cliff 'CliffyB' Blezsinski, who took to twitter to share his view on the whole Dead or Alive Xtreme 3 matter. While Blezsinki states that games such as Dead or Alive Xtreme 3 are "silly games", he doesn't think that such games shouldn't exist.

As someone who is going out of his way to make kick ass girls in my new game who aren't defined by their sexuality, the DOA3 thing is DUMB.

I'm betting on a highly diverse cast that isn't half naked with my own company, but I don't think silly games like DOAX3 shouldn't exist.

According the designer, for his upcoming game Lawbreakers,  he wants to "make kick-ass girls", who "aren't defined by their sexuality".

For Lawbreakers, Bleszinski is betting on a highly diverse cast that isn't half naked. The designer adds that games  "have been horrible more often than not in the way they depict women".

Games have been HORRIBLE more often than not at the way they depict women, yes we should and must try harder. Still, DOAX thing is dumb.

According Bleszinski, the gaming industry "should and must try harder". The designer again points out that not releasing a game such as DOAX3 in the West, in a dumb thing.