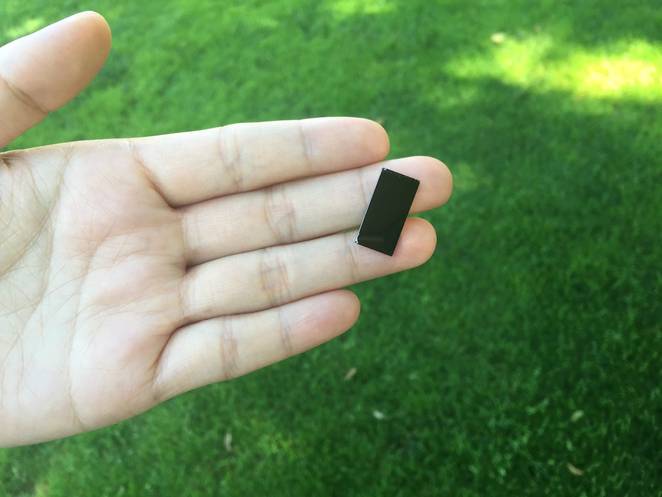 One of the leading causes of disease is contaminated water. To counter this deadly problem researchers have been trying to find a cost effective and efficient way to clean water. While there have been many devices made before, they were not really up to the mark. Now scientists have developed something which might actually be revolutionary in this scenario. They have developed a tiny device that is rectangular in shape and it will be able to kill 99.99 percent of bacteria in water. The device is the size of a postal stamp and will rid the water of bacteria in just 20 minutes.

Clean water for everyone might be possible with this tiny device

A simple distillation process is exposing water to sunlight; the ultraviolet rays of the Sun’s rays attack the germs and provide you with clean water. But the problem is this process takes about 48 hours to complete, so isn’t really feasible on a large scale. The new tiny device will instead harness a broader spectrum from the Sun’s rays, speeding up the whole process.

"Our device looks like a little rectangle of black glass," explains lead researcher Chong Liu from Stanford University. "We just dropped it into the water and put everything under the Sun, and the Sun did all the work."

Most of the Sun’s energy is contained within the visible part of the solar spectrum instead of the UV rays. Only 4 percent of the energy comes from UV rays while around 50 percent or more from the visible sunlight. The device uses this energy because of the device’s composition. The device is coated with molybdenum disulfide, a compound used mostly as an industrial lubricant. The electrons in this coating of the device are attracted by the visible sunlight and this process sparks a chemical reaction in the water, speeding things up. The reactions that take place produce disinfectants such as Hydrogen peroxide and these clear the water of germs all around. 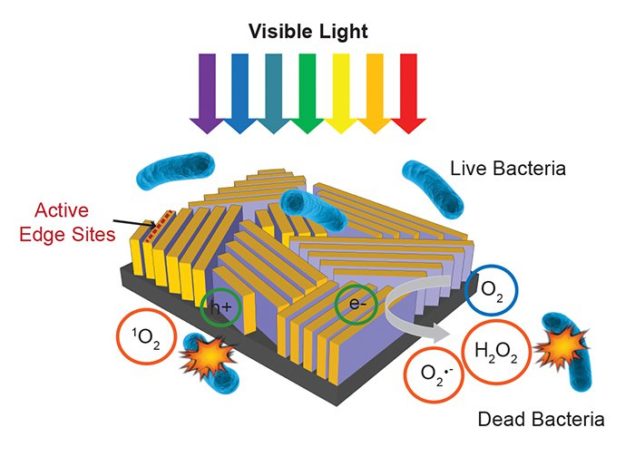 An artistic view of what happens in the device, where the purple walls are molybdenum disulfide and the yellow ones are copper

"It's very exciting to see that by just designing a material you can achieve a good performance," says Liu. "It really works. Our intention is to solve environmental pollution problems so people can live better."

The best thing about this research is that it is viable for the masses. Mainly because of two reasons, firstly molybdenum disulfide is cheap to produce and secondly the need to boil water is eliminated with the use of this device. This type of purification technique is something that came about after a long and strenuous effort by the researchers.

There’s still some work left for the team at Stanford to get things into perfect shape. To make the device ready for public use more testing has to be done. Till now only 3 strains of bacteria have been tested against the device and the coating isn’t really effective against chemical pollutants. But let’s hope that will change soon. 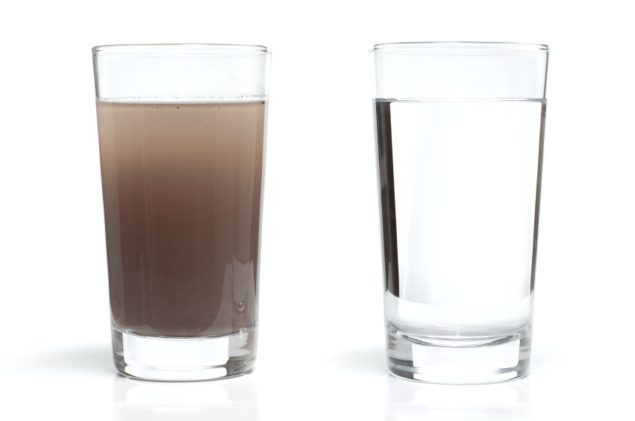 We want everyone to get clean water everytime

I’ve been an avid supporter of clean water for everyone and while many of us (including me sometimes) take clean drinking water for granted. We really shouldn’t, let’s take a vow not to waste water and try to conserve this blessing that we have. Let us know how you feel about this device in the comments below.