Cisco has entered the tablet rat race with their new tablet called the "Cius" though this tablet is aimed more towards the business men, the tablet so far has A LOT of features such as Cisco Quad, WebEx and AnyConnect Security VPN Client, and of course access to the Android App store, 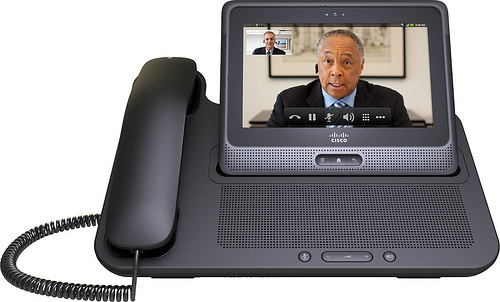 The devices weighs around 1.15 pounds and will have Wi-Fi, 3G/4G data connectivity, Bluetooth, High Definition Audio and Vide. The Cius will be available for customer trials at Q3 2010 and official release followed by very early 2011. Considering that this is perhaps one of the first and only business oriented tablets only available or announced so far I would consider the Android OS a wise choice over the iOS due to Android OS gaining A LOT more coders for the OS and Android is slowly gaining popularity because of phones such as the Motorola Droid which utilize the Google Android OS. Android update 2.2 codenamed Froyo is evidence that there is a healthy coding community indeed available for the OS and for the benefit of the public use.

I hope to hear more the Cius in the future it really does look very eye catching.