Chromebook Pixel Has Been Removed From Google Store And Everywhere Else

It was only a matter of time before Chromebook Pixel, the expensive yet powerful notebook would be shelved off, and be replaced with something better and cheaper. Well, turns out that thanks to the efforts of HP and Google, a powerful and cheaper Chromebook 13 has been introduced, which pretty much makes the existence of Chromebook Pixel unnecessary. 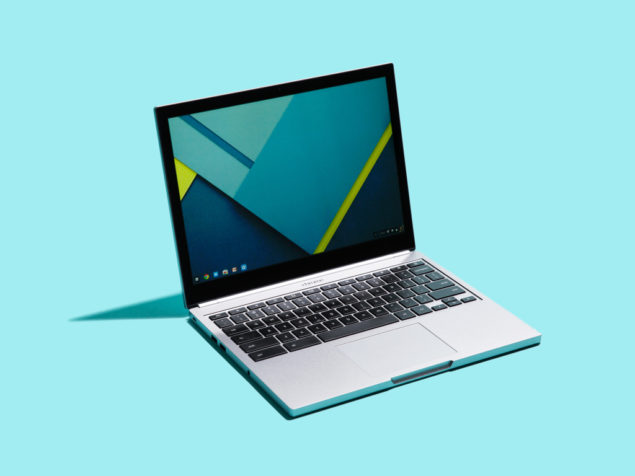 Now, Chromebook Pixel is not something that should be hammered on just because it was an expensive Chromebook. For the longest time, manufacturers have skimped out on making such notebooks powerful, which meant that while these were affordable and provided a crazy amount of battery life, low-end hardware was the primary cause of concern.

We are certain that Chromebook Pixel was not created in order to garner as many sales as possible, but it was made to see what kind of response the public would give to something like an expensive Chromebook that did not compromise out on providing you with high-end hardware and other useful connectivity ports. In short, it was probably made as a stepping stone for something greater. 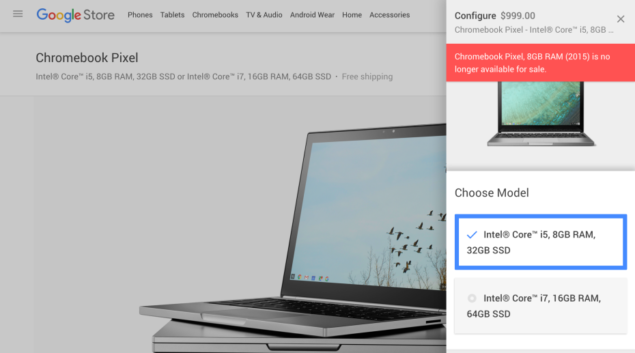 According to a Google PR, The 8GB RAM version of Chromebook Pixel is out of stock, but the 16GB one is still available to purchase. Keep in mind that the 16GB RAM model features an Intel Core i7 processor, and a 64GB SSD. This is not the only product that Google has decided to remove from its store. Nexus 9 has been removed from the Google Store, with the Pixel C is the only remaining slate on sale that is running stock Android. After all, shifting to an expensive tablet is going to make large percentage of consumers very upset.

Regardless, with the introduction of Chromebook 13, you have more affordability, not to mention great hardware, which is not something that you would expect from a Chromebook. The starting model will come with 4GB of RAM, and can go all the way up to 16GB, as long you will require all that memory for your day to day operations. All Chromebook 13 models feature 32GB of internal eMMC storage and there is also an SD card reader included. As for the processing power, HP and Google’s mobile machine features a wide range of Skylake Core M processors, with the base model coming with the Pentium 4405Y, whereas the high-end model features the Core m7-6Y75.

Chromebook 13 is now available for pre-order for the price of $499 and will begin to ship to consumers during the month of May.