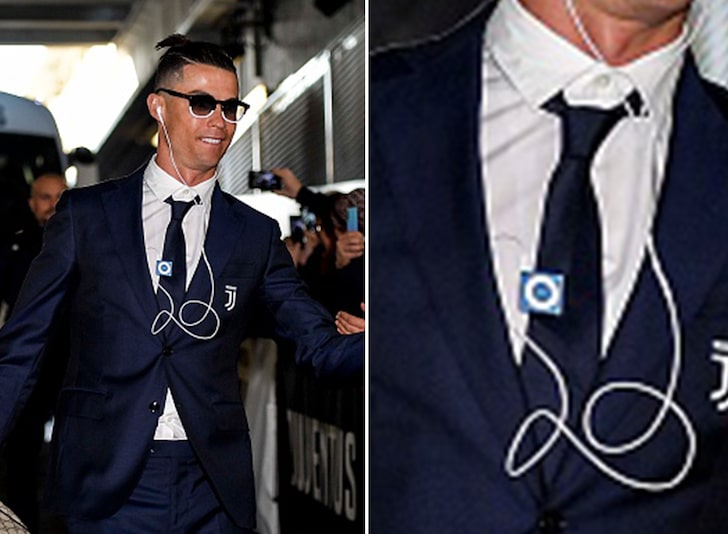 iPod Shuffle is considered a vintage product nowadays, but it seems like some people still find uses for it. Football star Christiano Ronaldo was spotted wearing an iPod Shuffle this Monday before a game in Turin, Italy. He had it attached to his tie, while entering the stadium and meeting fans on his way.

The iPod Shuffle that Christiano Ronaldo was using was the fourth-generation model, released in 2010. Apple does not sell these new anymore, as they were discontinued in 2017, however, used iPod Shuffles still go for around $20 on eBay.

Christiano Ronaldo earned a whopping 31 million euros in 2019, so he surely can afford to buy a new iPhone 11 Pro Max with 512GB storage every day of the year. The benefit of using an iPhone is that not only is it a smartphone, it also supports Apple Music streaming, which puts more than 40 million songs in your pocket.

iPod Shuffle does not work with Apple Music but it still works fine with music bought via iTunes, as well as DRM-free music from other places. Currently, iPod touch is the only iPod that works with Apple Music, thanks to iOS.

During the game, Christiano Ronaldo scored a hat trick to lead Juventus to a 4-0 victory against Cagliari Calcio. Perhaps that iPod Shuffle helped play a role by keeping away distractions before a game?

At least it was not a Zune.