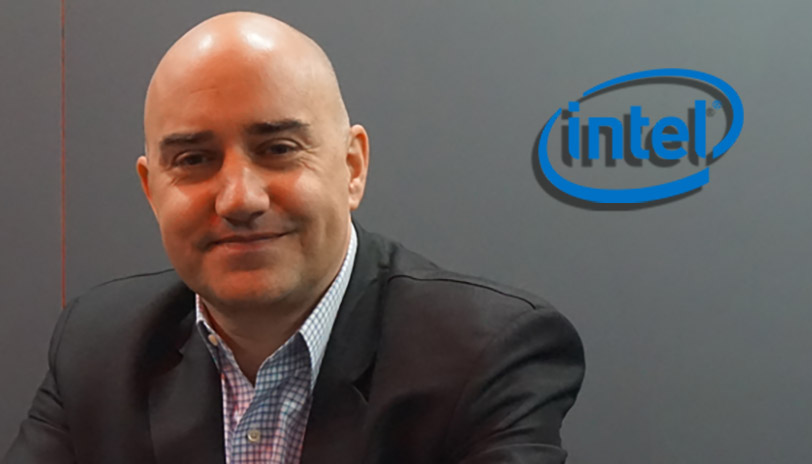 Chris has joined Intel to oversee marketing for their dedicated graphics ambitions.

In what can only be described as the dream team getting back together again, Chris Hook (former AMD Senior Director, Global Product Marketing) has announced that he will be joining Raja Koduri and Jim Keller and leading marketing for visual technologies and dedicated graphics. Chris announced that he was leaving AMD a few weeks ago and Intel had seemed like the most likely choice as a new home for the veteran marketer.

Chris had been with AMD (and formerly ATI), for over 17 years and was one of the most experienced PR and marketing personnel on their payroll. With highly successful events like the Hawaii launch and Radeon's iconic guerilla marketing tactics almost singlehandedly developed by his team, he will be able to bring immense value to the Intel leadership dias. He posted the following on his social media:

Friends,
I’m exhilarated and energized to be starting a new marketing leadership role at Intel in Santa Clara, CA.

Intel is a company I’ve long admired and is without a doubt the finest silicon engineering company in the world. It also has a rich history of processor innovation dating back to the Intel 4004, which was released the year I was born. It has an equally rich history in marketing innovation, having succeeded what was once the unthinkable - turning what started as an unassuming 16-pin black ceramic integrated circuit into a household name and notable consumer brand.

As many of you know, it was recently announced that Intel is embarking on a journey to expand its leading position in integrated graphics for PC with high-end discrete graphics solutions for a broad range of computing segments, and will be growing its technology portfolio across computing, graphics, media, imaging and machine intelligence for clients and data centers, AI, and edge computing.

That’s a pretty exciting journey, and one I personally want to be part of. So starting tomorrow, I’ll be assuming a new role in which I’ll be driving the marketing strategy for visual technologies and upcoming discrete graphics products.

I’m also excited to meet the Intel team. The folks I’ve met there so far are the best in the world at what they do; they’re laser-smart and driven to win. And there are also a few good Intel folks that I’ve had the privilege of working with in the past at AMD, world-class engineering leaders Ari Rauch, Raja Koduri and Jim Keller, who at multiple points in their careers have architected and engineered some of the most respected software and silicon in history.

So here’s to the future – one with competition, choice and incredible technology.

Chris will be in a 'marketing leadership role' at Intel and will be leading efforts for visual technologies and dedicated graphics. We have already heard of Intel's Arctic Sound and Jupiter Sound graphics and this appears to be just the tip of the iceberg. With the vast experience of Radeon marketing under his belt, we are sure we will begin to see quite a lot of activity from Intel's side apart from just plain ol' codenames.

Raja Koduri, has the dream team back togather: Jim Keller, the legendary architect and Chris Hook, the legendary marketer, by his side. Radeon and ATI have operated under significant financial bottlenecks in the recent past - what with being part of a company that has limited cash flow (relatively to companies like Intel) and the infamous WSA which restricts them to using GloFo or paying a heavy penalty - but Raja and his team will now be free to utilize the full power of Intel's fabrication facilities and almost no financial bottlenecks. The third player in the graphics industry is finally here.