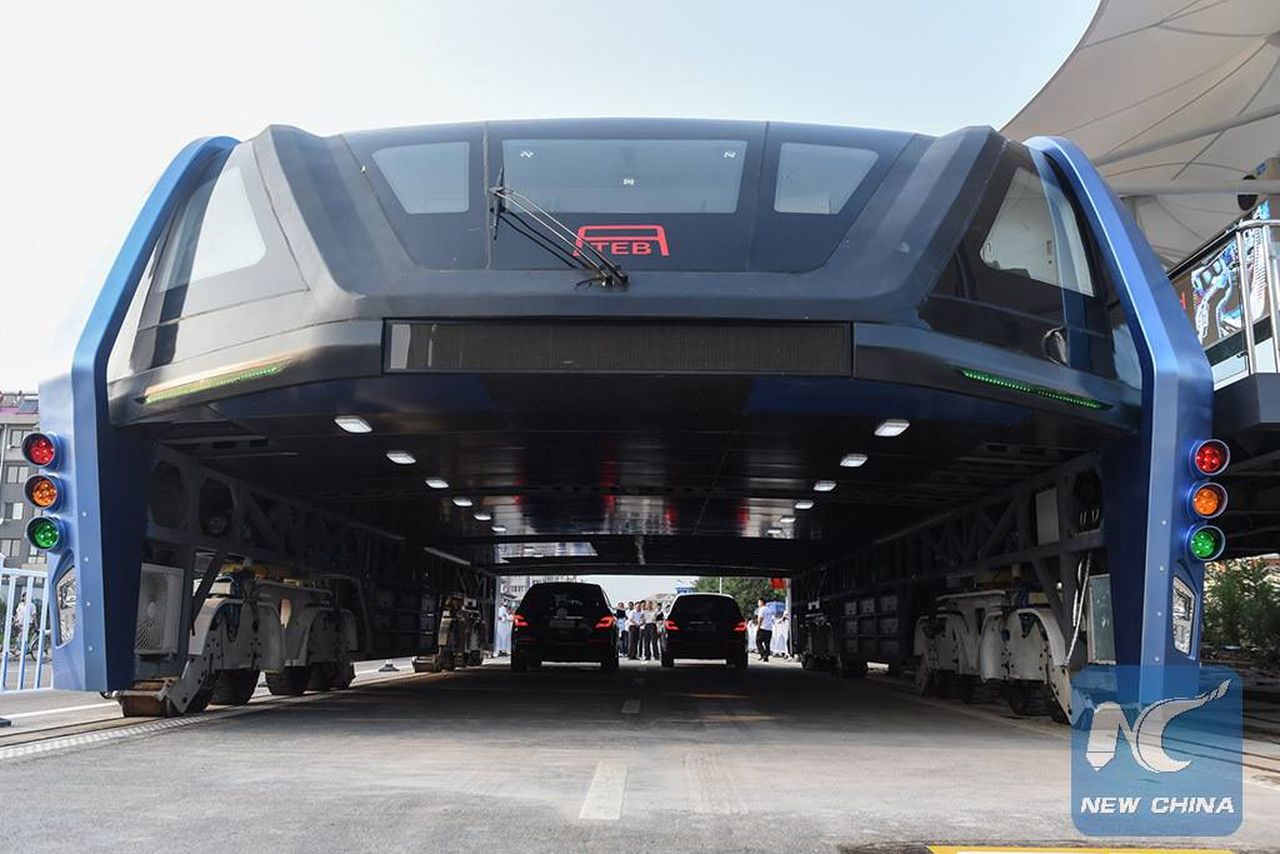 The Chinese have always been great at building things that leave most of us just bedazzled. That’s exactly what happened when back in last May when picture of a weird bus started appearing on the internet. Some people like me were excited, but most were talking about how insane the idea is. The whole idea behind the ‘straddling bus’ was to take care of two of the worst traffic problems of China, that are air pollution and growing number of vehicles on the road. The idea may have been great but people weren’t very supportive, they compared it to being a big NOPE that was eating cars travelling underneath.

This straddling bus could solve most of China's traffic problems

It is called TEB which is short for Transit Elevated Bus and it underwent its first ride this Tuesday. The internet criticism wasn’t really holding back the Chinese company that was determined to make this bus. According to China’s Xinhua News the first ride was in the northeastern city of Qinhuangdao, located in the Hebei province.

The concept was first introduced in 2010 and then again in last May at 19th international Beijing High Tech Expo. According to the designer of the bus, Song Youzhou, prototypes of the bus have been developed for five cities namely, Nanyang, Qinhuangdao, Shenyang, Tianjin and Zhoukou. These cities have all signed contracts with TEB Technology Development Company to get these projects on the way. 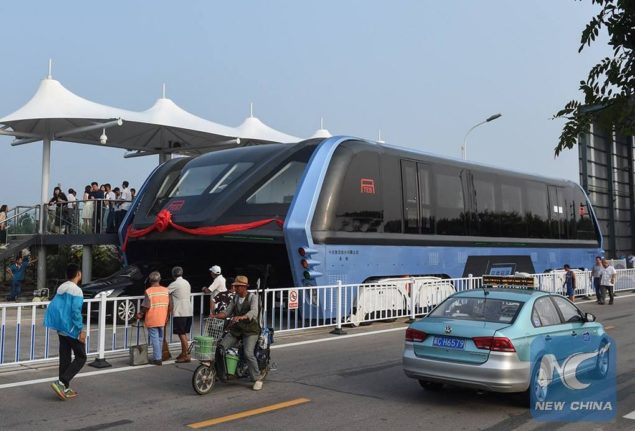 The pictures show the interior as quite spacious which is over 72 feet long and 25 feet wide. The bus itself is 16 feet tall which is more than size of a normal bus; then again this isn’t normal at all. The bus also offers about 7 feet of space below its surface for cars to travel under it. The TEB has got a generous capacity of around 300 passengers and it rides along special tracks embedded in the street taking up a lot less space than usual.

Although this is a great initiative it still raises some questions of feasibility and safety, the most important question out of these would be that would it cause more traffic deaths (hopefully not). The prototype launched in Qinhuangdao will most probably answer most questions regarding the TEB. Do let us know what you think about the bus in the comments below. 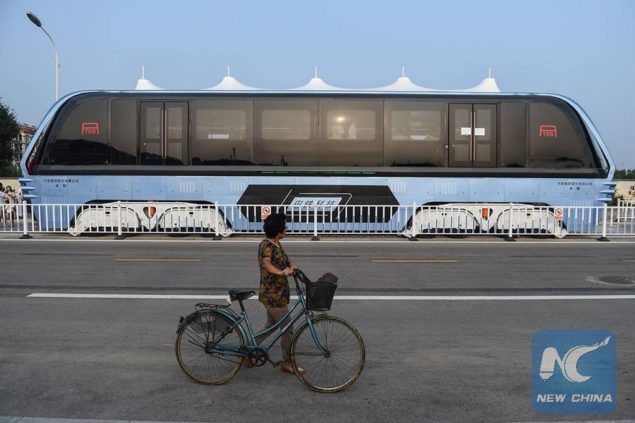