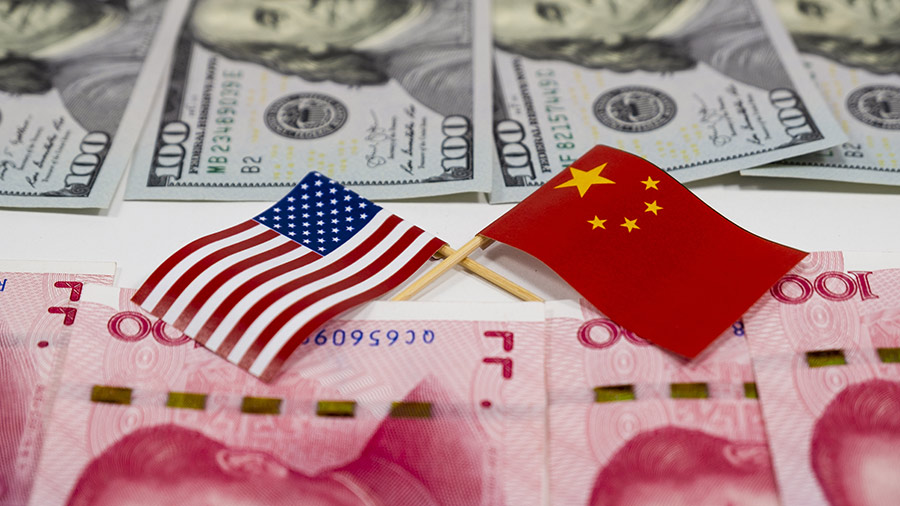 China’s economy grew at the slowest pace in around three decades in 2019 as a dramatic escalation in the Sino – U.S. trade war took its toll on the country’s economic health and business sentiment.

Data from China’s National Bureau of Statistics revealed on Friday that the Asian giant’s GDP expanded by 6.1 percent for the entire 2019, down from the 6.6 percent growth recorded in 2018 and the weakest such expansion since 1990. Nonetheless, the year-on-year GDP growth managed to remain within the official target range of 6.0 to 6.5 percent.

According to Ning Jizhe, the head of the Statistics Bureau, consumption was responsible for 58 percent of the GDP expansion in 2019 with investments contributing 31 percent and net exports (exports minus imports) responsible for the residual 11 percent. Notably, the share of consumption in the GDP matrix was less than the one observed in 2018, thereby, highlighting the need for further reforms as China attempts to transition from an investment-led economy to one driven by consumption.

Some of the key economic figures in the data revealed on Friday include:

An analysis of these key data snippets related to the month of December reveal an unexpected acceleration in industrial output which grew at the fastest pace in 9 months. The easing of trade tensions between the U.S. and China may have played an important role in beefing up this metric as manufacturers grew increasingly optimistic towards the end of the year amid news of both countries having agreed to a phase one agreement. Interestingly, many of the tariffs imposed by the U.S. and China on each other’s goods still remain in place despite a formal signing ceremony earlier this week of the aforementioned agreement.

Nonetheless, China continues to face significant economic headwinds. As an illustration, property investment slowed considerably in December while the jobless rate soared. Bear in mind that with an urban workforce of 400 million, even a slight uptick in this metric poses troubling ramifications.

In an assuring sign though, China’s overall credit growth maintained its momentum with the stock of outstanding aggregate financing expanding by 10.7 percent in the 12 months to December. When coupled with a decline in a gauge of borrowing costs, this development suggests that China’s policy makers are beginning to see some success in channeling adequate credit to the economy.

Michelle Lam, an economist at Societe Generale SA in Hong Kong, was quoted by Bloomberg as saying:

“Retail sales growth were steady, indicating still pretty resilient consumers despite growing downward pressure on the labor market. This, together with the “phase one” deal, surely reduces the downside risks to the economy for 2020, offering comfort to policy-makers to stick with a measured easing approach.”

Readers should bear in mind that 2020 is a critical year for the communist party of China as it seeks to fulfill its goal of doubling the country’s GDP and the attendant incomes in the decade to 2020. For that to occur, however, the country’s GDP growth must remain north of 6.0 percent, an ambitious target given the breadth of challenges facing the economy. Despite a concerted push by the Trump administration to reduce America’s reliance on China in general and the tech sector’s in particular, the Asian giant remains a key node in U.S. industrial and tech supply chains. Consequently, it is reasonable to expect material downside for U.S. equities, with the tech sector leading the fall, in the event of a significant downgrade in China’s economic performance. In today’s globalized business environment, if China sneezes, the world will catch a nasty cold!