Certain Cyberpunk 2077 Sections Could Lead to Seizures, According to Game Informer Editor [UPDATED] 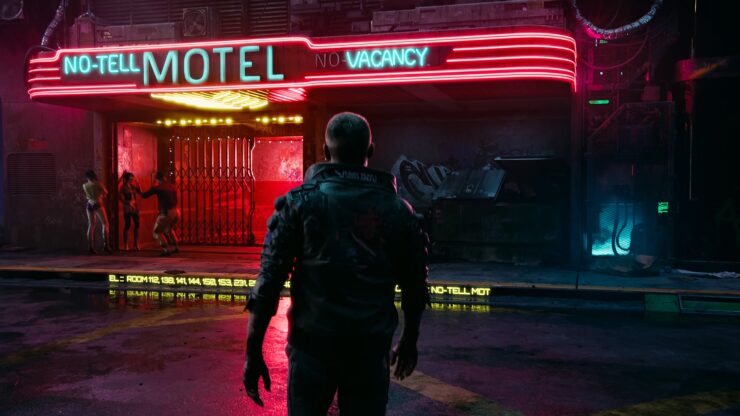 Thank you for bringing this up. We’re working on adding a separate warning in the game, aside from the one that exists in the EULA (https://cyberpunk.net/en/user-agreement/). Regarding a more permanent solution, Dev team is currently exploring that and will be implementing it as soon as possible.

Cyberpunk 2077 is very close now to its December 10th launch date, eight years (and several delays) after the original announcement of the game.

Some press colleagues have managed to get their hands on the title already. One of them, Game Informer Associate Editor Liana Ruppert, also revealed to have suffered a seizure while playing Cyberpunk 2077 and was close to having others, too.

In an article published today on the website, she went on to say that there are several potential triggers to be found when roaming Night City's clubs and bars.

But what really set her off on the actual seizure is Braindance, one of the main features of Cyberpunk 2077. When using this device, protagonist V can literally put his/herself in the shoes of others, reliving their experiences. However, the actual experience of using Braindance did trigger a seizure for Ruppert.

Pretty much everything about this is a trigger and this is something that caused me to have a grand mal seizure when playing to help with our review. This is also a trigger on many levels, starting with the device itself.

When "suiting up" for a BD, especially with Judy, V will be given a headset that is meant to onset the instance. The headset fits over both eyes and features a rapid onslaught of white and red blinking LEDs, much like the actual device neurologists use in real life to trigger a seizure when they need to trigger one for diagnosis purposes. If not modeled off of the IRL design, it's a very spot-on coincidence, and because of that this is one aspect that I would personally advise you to avoid altogether. When you notice the headset come into play, look away completely or close your eyes. This is a pattern of lights designed to trigger an epileptic episode and it very much did that in my own personal playthrough.

It sounds like CD PROJEKT RED should really add an option to tone down all the flashing lights during the Braindance segments of Cyberpunk 2077. Until then, if you're prone to seizures, you should be very careful.