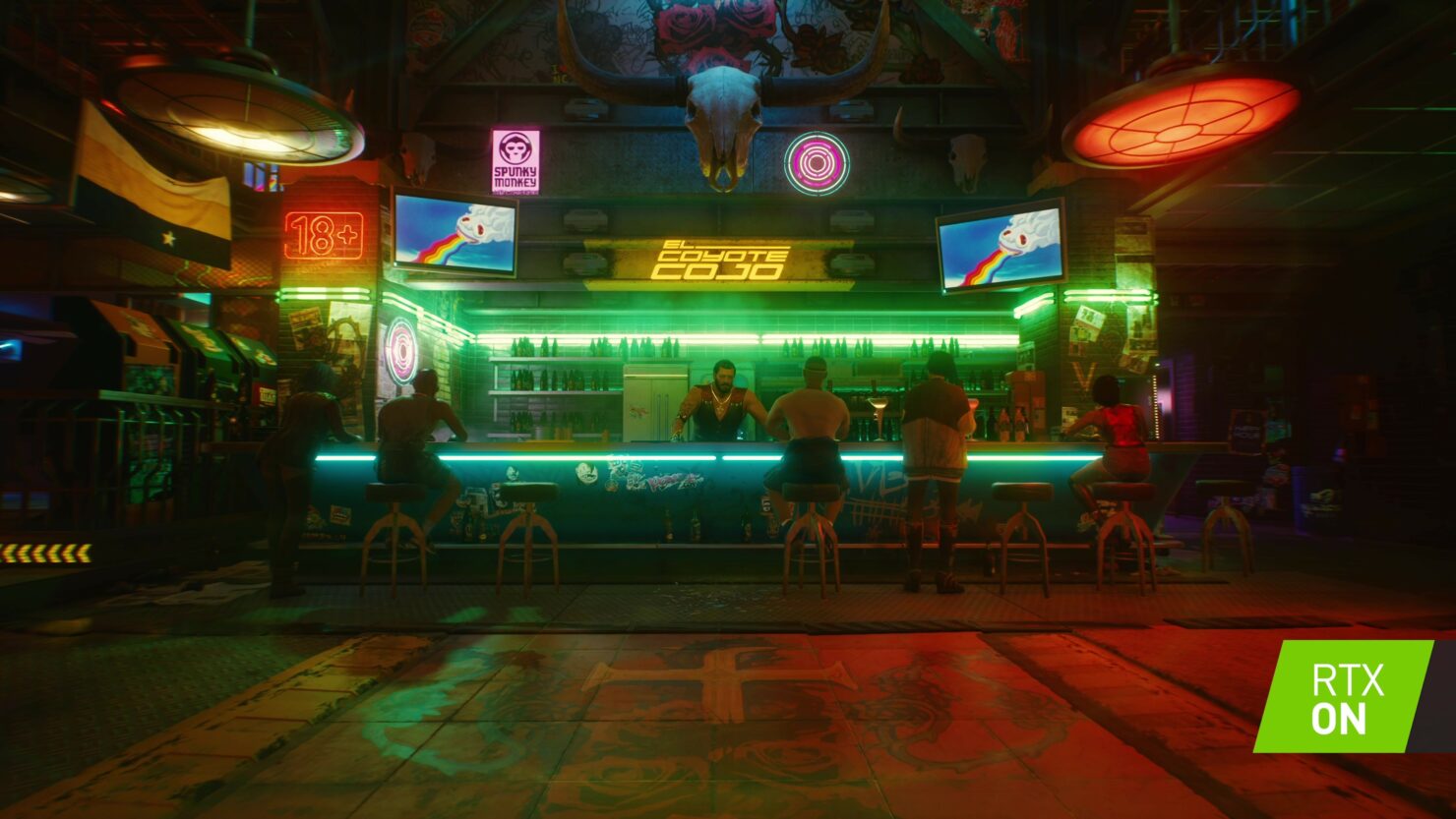 Today is October 18th, which means CD PROJEKT RED is putting the finishing touches on Cyberpunk 2077. The game recently went gold, but in this day and age, a developer's work is never truly done as they continue to work to the last day for the launch patch.

Even so, the folks at CD PROJEKT RED managed to talk extensively about tech in Cyberpunk 2077 In the latest PC Gamer magazine (December 2020, issue 350), where Jakub Knapik (Art Director of Lighting and FX) explained how ray traced Global Illumination will differ from regular Global Illumination in the game.

We implemented ray tracing into our engine to work as a hybrid solution, meaning that we can replace certain systems with its ray-traced version. For example, our core Global Illumination system uses light that comes from the sky, sun, and all location light sources to dynamically produce bounce light. In ray tracing mode, we use our main GI to produce only the bounced light, while the main light that comes from the sky is ray-traced, giving it much better shaping and details in shadows.

Ray tracing will only be available on PCs with GeForce graphics cards or via GeForce NOW at launch, though we expect that it'll be eventually compatible with AMD's new Navi graphics cards as well as being featured on PlayStation 5 and Xbox Series X once the proper enhancement updates drop for the next-gen consoles in 2021.

In addition to that, the Polish developers have added a ton of under-the-hood systems for Cyberpunk 2077, from simulation-based dynamics for clothing and liquids to multi-layered shaders, as well as an improved asynchronous compute pipeline (the game requires DX12, after all).

The crown jewel when it comes to tech innovations that can be found in Cyberpunk 2077 may be an unexpected one, though. We're referring to the use of JALI, a machine-learning-based software for automated facial animation. Sebastian Kalemba, head of animation and associate game director on Cyberpunk 2077, went ahead to describe the choice made by the studio in this regard.

Doing facial motion capture for every NPC in the game is impossible. You have to remember that we're talking about recording massive amounts of lines with numerous actors across different localizations, cooperating with studios all over the world for sessions, and doing VO pickups all the way until the very last moments sometimes. Using JALI we're able to successfully overcome many difficulties, for example logistical ones, that this undertaking would otherwise pose with regular facial motion capture.

When I think about this relationship between CD PROJEKT RED and JALI in general, it reminds me of the quote from John Lasseter who once said that the art challenges the technology, and the technology inspires the art. In my opinion, what we've managed to achieve with Cyberpunk 2077 proves that.

It should be noted that JALI (which currently supports Japanese, Russian, French, Mandarin, German, Polish, Brazilian Portuguese, Italian, Spanish, and English) still allows the animator to retain full control on the automated result, thus enabling further refining if need be.

Cyberpunk 2077 is now just over a month away from its November 19th release date, when the game will be available for PC, PlayStation 4, Xbox One, Google Stadia, as well as PlayStation 5 and Xbox Series S/X through backward compatibility.