CD Projekt RED has posted its near-final estimated earnings for the financial year 2020 today, revealing record sales with revenues of 2139 million PLN ($563 million) and net profit of 1154 million PLN ($303 million). The final audited results will be shared on Thursday, April 22nd, but it's unlikely they'll be any different. 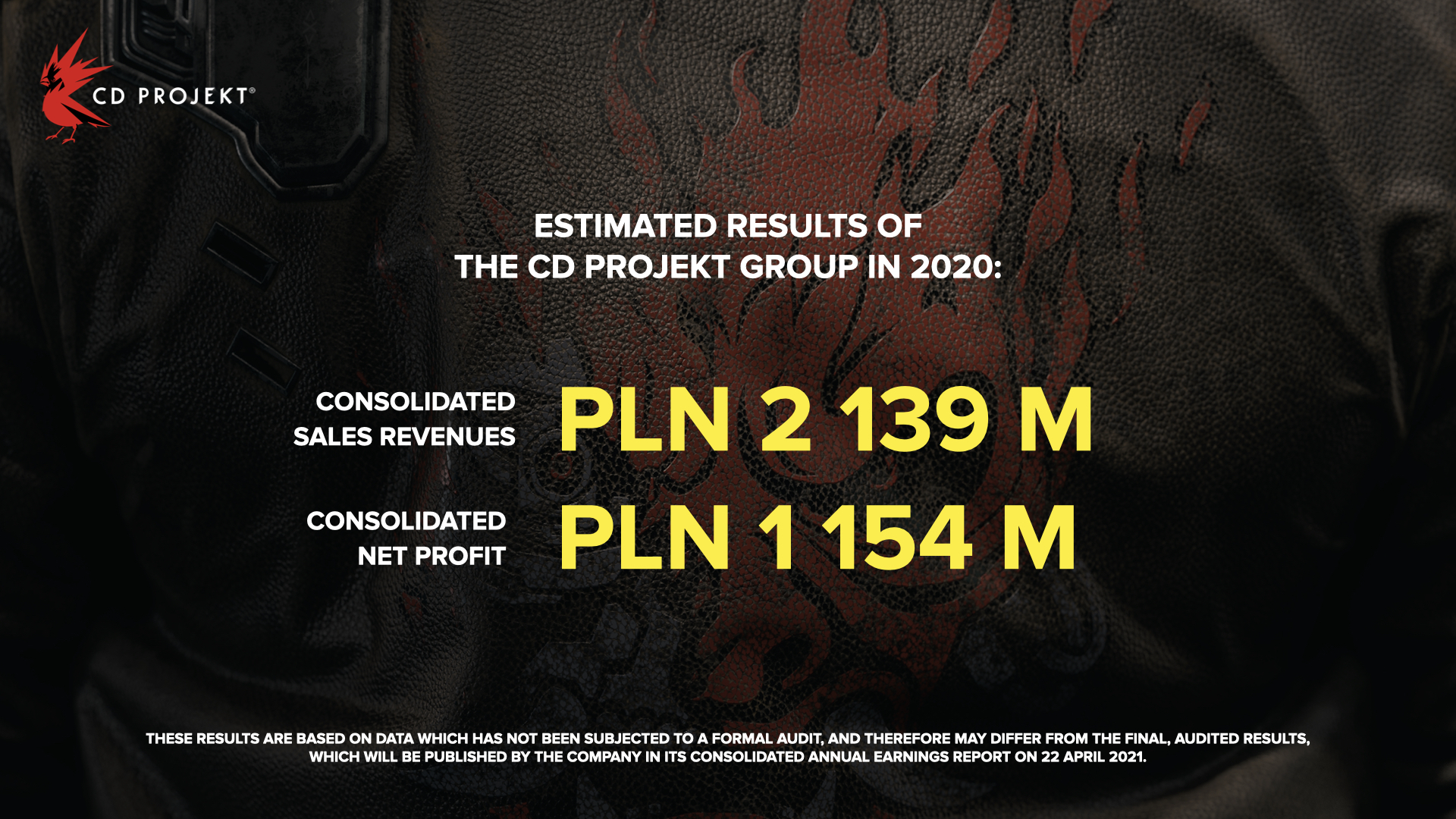 Of course, 2020 had the advantage of Cyberpunk 2077's release; even though the game only launched in early December, its sales had already topped 13 million units before last Christmas.

Despite the issues on PlayStation 4 and Xbox One consoles and a substantial amount of launch bugs, it looks like Cyberpunk 2077 was still hugely successful for CD Projekt RED. Industry analyst firm SuperData said earlier this year that the game turned out to be the biggest digital game launch ever, and not even the refunds meaningfully affected the aggregate sales.

The Polish game developer is still improving Cyberpunk 2077 with the goal to continue selling the game and its upcoming expansions for many years to come. Update 1.21 landed earlier this week on all platforms, delivering a bunch of fixes to crashes and bugs.

Additionally, CD Projekt RED is working on free DLCs and the next-gen console update for Cyberpunk 2077, in addition to the online elements (though those might be different than originally planned). The Witcher III: Wild Hunt will also get the next-generation treatment in the second half of 2021, featuring ray tracing, much faster load times, and other visual and technical improvements.