The Witcher 3: Wild Hunt has proved to be one of the most critically and commercially successful games released on eighth-generation platforms, and this accomplishment only strengthens developer CD Projekt RED’s commitment towards delivering something even better and exceptional with its long-gestating sci-fi action role-playing title Cyberpunk 2077. The upcoming game might still be "a long ways away" from its release, but with the developer now working on a "far bigger" scale with this "even more ambitious" project, you can expect some “f**king great” stuff from CD Projekt RED soon. 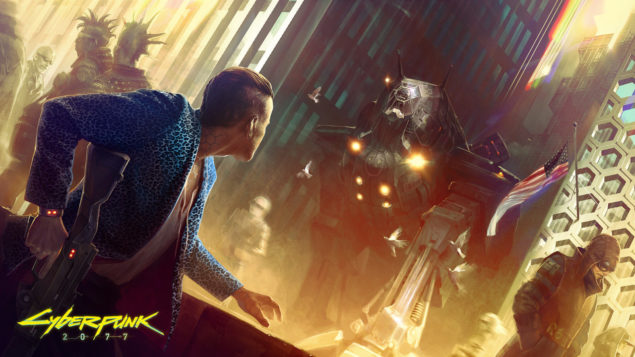 "The Next Time You Hear About Cyberpunk 2077, We Will Show Something and it Must Be F**king Great,” Says CEO Marcin Iwinski

With immense fan approval and critical acclaim, The Witcher 3: Wild Hunt is apparently one of the best games of all times, and all the awards that it received along with being crowned as the best game of 2015 by many translate into more work for CD Projekt RED. The developer is well aware of the pressure and expectations that fans have built, and besides following up on The Withcer 3: Wild Hunt, the team is putting all its efforts together to deliver “something great” with its upcoming highly anticipated, long-in-development sci-fi RPG known as Cyberpunk 2077. Speaking to GameSpot at Game Developers Conference 2016, CEO CD Projekt’s co-founder and CEO Marcin Iwinski said:

"Right now, we have the success of the Witcher 3; people played it and people loved it. So it's even more responsibility. The fact that Witcher 3 performed so well allows us to be even more ambitious with Cyberpunk 2077. Right now, it's on our shoulders to deliver here. The next time you hear about Cyberpunk 2077 we will show something and it must be f**king great.”

"People really expect something great and that's what we have to stand up to and deliver."

When asked if the development team was excited to move on to Cyberpunk 2077 after delivering a whole new level of awesomeness with The Witcher 3: Wild Hunt, Iwinski said, "they definitely are." “After a decade working with dragons, swords, and medieval themes, the team is feeling energized to work on a project involving guns, ammo, mutants, and implants,” he further explained. The upcoming game is set in completely different environment than The Witcher 3 and offers a wide new range of elements.

CD Projekt RED has emphasized the ambitious nature of Cyberpunk 2077 time after time, saying that the game will be "even better, even bigger, even more revolutionary" than what the developer originally had planned. The sci-fi RPG was originally announced back in 2012, though the developer has not released much official details or any gameplay footage yet. Despite being in development for years now, Iwinski explained that the game is still "a long ways away" from launch and that the team still has "a lot of work to do" to make it a "truly outstanding game."