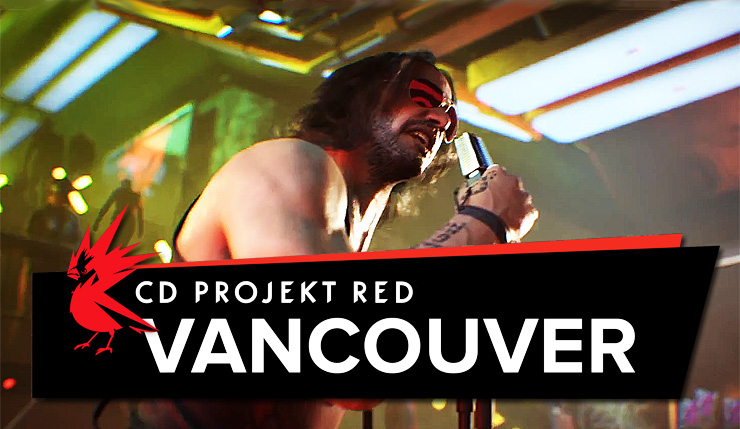 For its entire existence, The Witcher 3 and Cyberpunk 2077 developer CD Projekt Red has been strongly associated with one country – Poland – but now the company is expanding its operations into Canada. Today as part of a “strategy update”, CDPR announced they’re setting up a new Vancouver-based studio, although they won’t be starting from scratch. They’re beginning by buying Digital Scapes, a support studio that helped with Cyberpunk 2077, which will act as the foundation for CD Projekt Red Vancouver. CDPR CTO Pawel Zawodny had this to say about the acquisition.

The well-known Digital Scapes team is our trusted partner. For three years we have been closely working together, and we trust them completely. Digital Scapes have put in a great deal of work during the making of Cyberpunk 2077, assisting with development of the game and optimizing its various features. In addition to contributing to our projects the new team will help us perfect our technologies and will broaden our competences in this respect. We believe that the hugely talented Digital Scapes crew is the perfect foundation upon which to build a wider CD Projekt Red Vancouver team.

We believe our contribution in the area of gameplay and technology can make them even more captivating. Being a Polish Canadian, I personally take great satisfaction in building bridges between Canadian and Polish game development industries. This is a great opportunity for Canadian developers to get involved with CD Projekt Red incredible IP and for CDPR to tap into Canada’s deep talent pool and game-making craft.

Sounds like CD Projekt Red Vancouver will mainly be a support studio, which is clearly something the company needs given the rough state Cyberpunk 2077 shipped in. CDPR’s press release also specifically mentions Digital Scapes’ multiplayer expertise, so I wonder if they might be taking the lead on Cyberpunk’s promised online modes.

CD Projekt Red recently confirmed Cyberpunk 2077 and The Witcher 3 next-gen updates will coming this year, along with some other news. Get the rundown here.