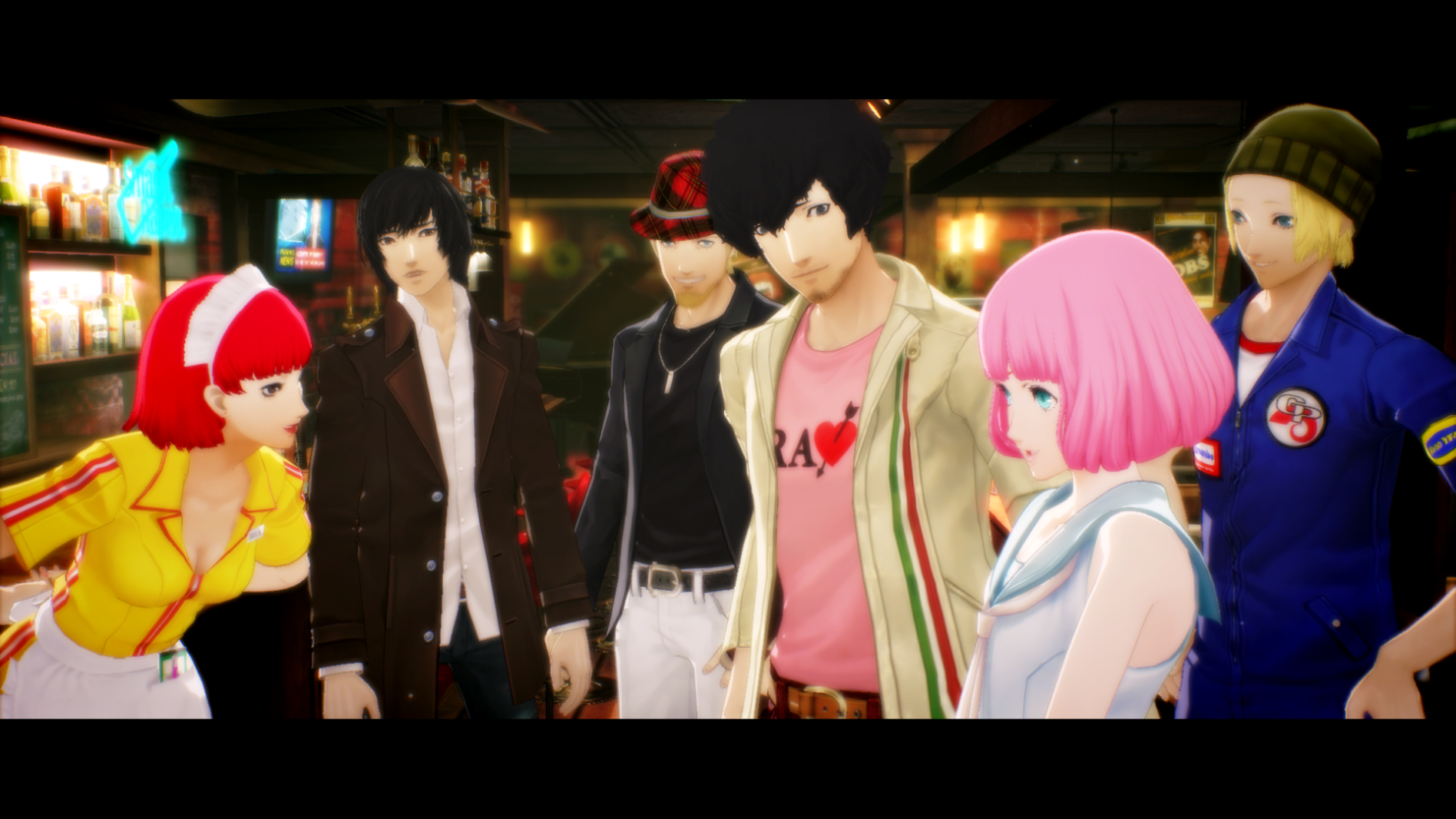 As for what I thought about Catherine Classic, well have a read:

Catherine was and likely still is an incredibly polarising game. Incredibly challenging and unforgiving puzzle games aren’t for everybody. Neither are adult romance-stories in an adventure-visual novel style game. Having read what you’ve just read, it’s no secret I love Catherine. Is it perfect? No. Is there something about it that means even after six years, going back to it still leaves me laughing, smiling and ball-clenchingly frustrated? Hell yeah. 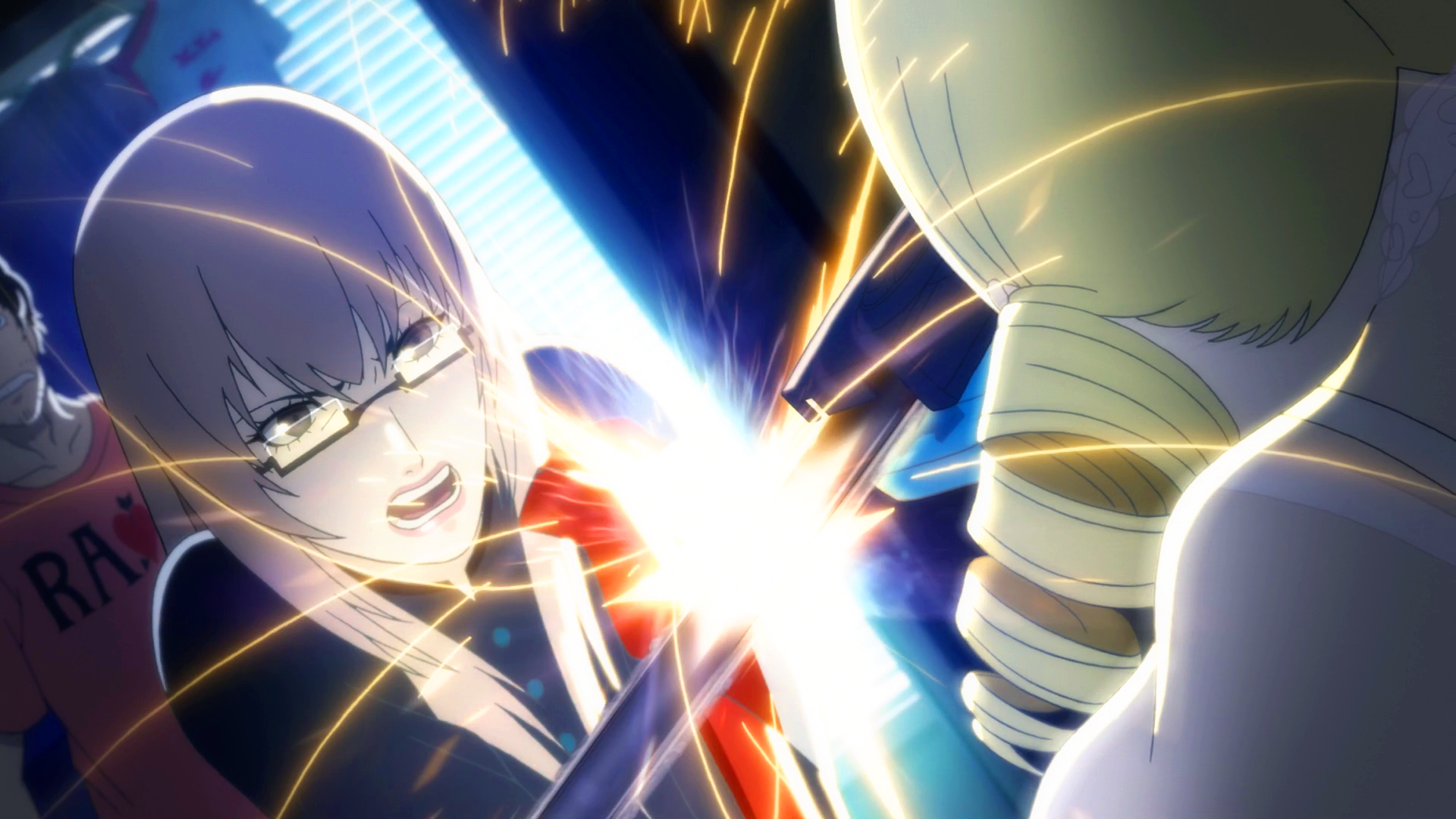 So knowing that this is essentially Catherine but better and with more content, what can I say about it? Well, what I can say is that I was able to have a hands-on with Catherine: Full Body at a recent event and I'm more than a little excited about the changes they've brought to the game. Not only does the game bring a brand new character in, changing the story and dynamic, there are also some key changes to be found in the gameplay. Well, there are changes if you want there to be.

Let's start with the actual gameplay changes. When you go through the story you have the choice of going into Remix mode. Rather than pushing just one block at a time, the game will now have singular blocks but also a combination of blocks not unlike a Tetromino, only sometimes with three, four or five blocks combined into a shape. This can certainly make climbing the towers, escaping your death, an interesting one, adding a whole new level to what is the core gameplay of Catherine. Also, if you're struggling with the puzzles in the core game, there's a brand new mode which stops you from dying.

Not only does the climbing sequences have this new Remix mode, so does the Rapunzel arcade machine in the Stray Sheep bar. For those who haven't completed that arcade machine, you should do because there's a compelling story to be found within that mini-game. More than just the arcade machine, the Stray Sheep has gained a few extra features, such as extra tracks for the Jukebox and more conversation paths to go down.

A lot of this is, understandably, directed down the route of Rin, the new character. Her influence on the story I'll go into very shortly, but it's strange to notice that she has a bit of an impact in the gameplay. Or at least she shows up more in the gameplay than you would imagine. Rin plays the piano, very poorly I may add, so it's strange that when you reach the landings in between climbing sections, you may actually find Rin there, playing her Piano, able to actually see and speak to Vincent. An interesting ability indeed! 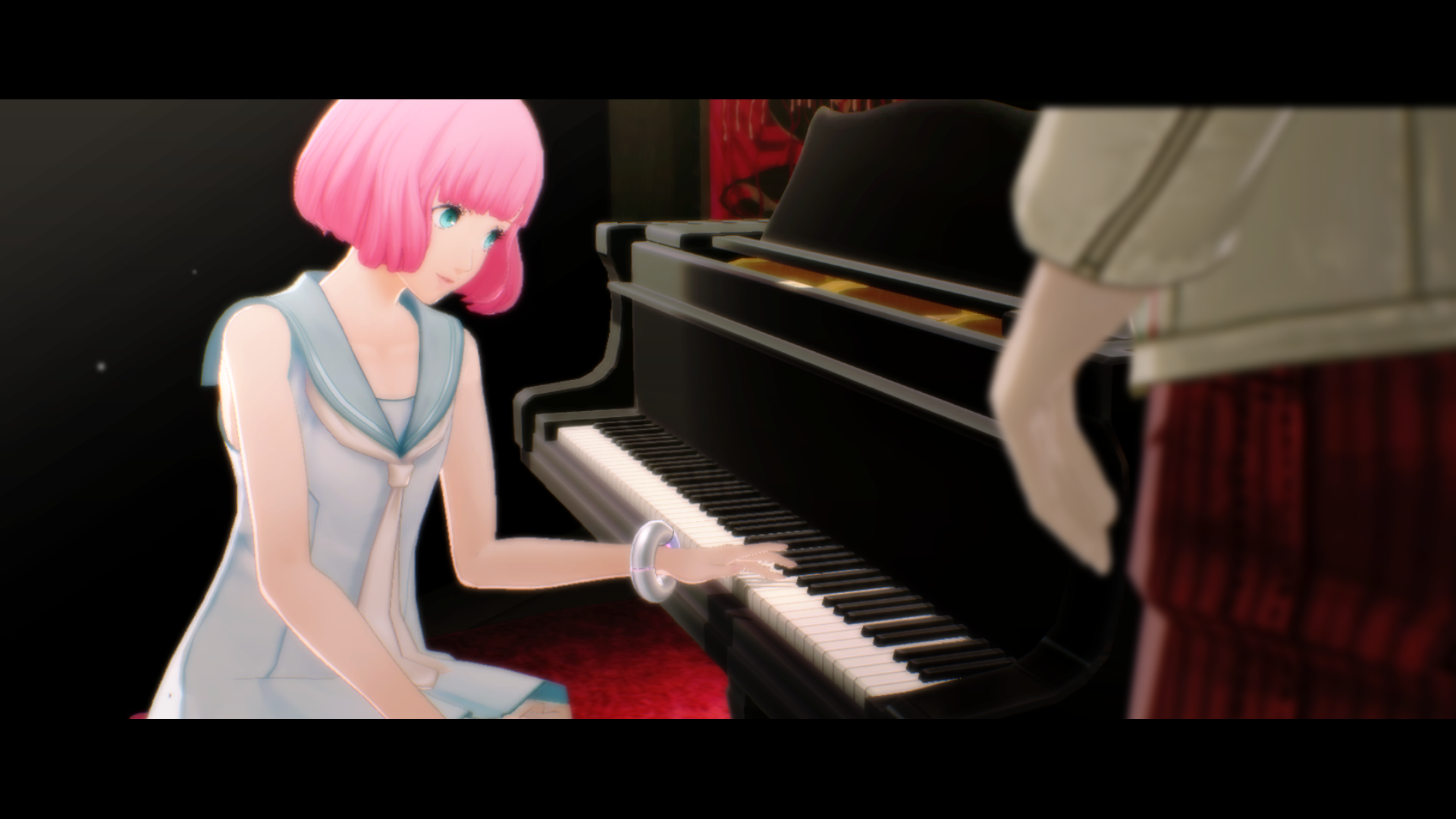 It's how the story and other elements that have changed around Rin and her inclusion that enamoured me more to the game. Catherine has never taken itself seriously, it's one of the lovable aspects of the game, and that's even truer now. The opening of the game still has that whole Twilight Zone aspect to it, with the game even stating the line "This is Catherine, but with a fuller body". It's self-referential, but in a way that works where so many others would fail.

There have been slight alterations to the cutscenes in the game, with necessary changes to incorporate the additions to the game. I thought Catherine aged well in the Classic version and there's not a great deal had to be changed, if at all. The animated cutscenes are gorgeous, but the real difference being visible during the in-engine elements. Watching Rin on the Piano, sat with Catherine as she teases you and inevitably turns Vincent on. It's an art style that is fantastic to look at and ages superbly, also fitting in great with the games tone and themes.

Also, and I could be wrong but I don't remember this being a feature in the original, you can go back to watch movies/cutscenes from the game now. It's a perfect way to refresh yourself on story aspects. There's a lot I don't know about the story, having intentionally avoided any spoilers from Japan, as those lucky buggers have had the game for a while now, but I'm certainly looking forward to jumping in.

All this is simply because even with the changes and additions, the story in the two hours I got to play at the event drew me right back in. I was the only Catherine alumnus so I did get a bit further than the others, and I saw enough to know it was a must. I was chuckling at some of the in-jokes, enjoying the new dynamic and absolutely loved the character of Rin, who is stereotypically cute, creating the perfect trio with the stereotypically sexy Catherine and stereotypically frumpy Katherine. Maybe only stereotypes in Japanese media though, as a Brit, frumpy makes me think of Nora Batty. 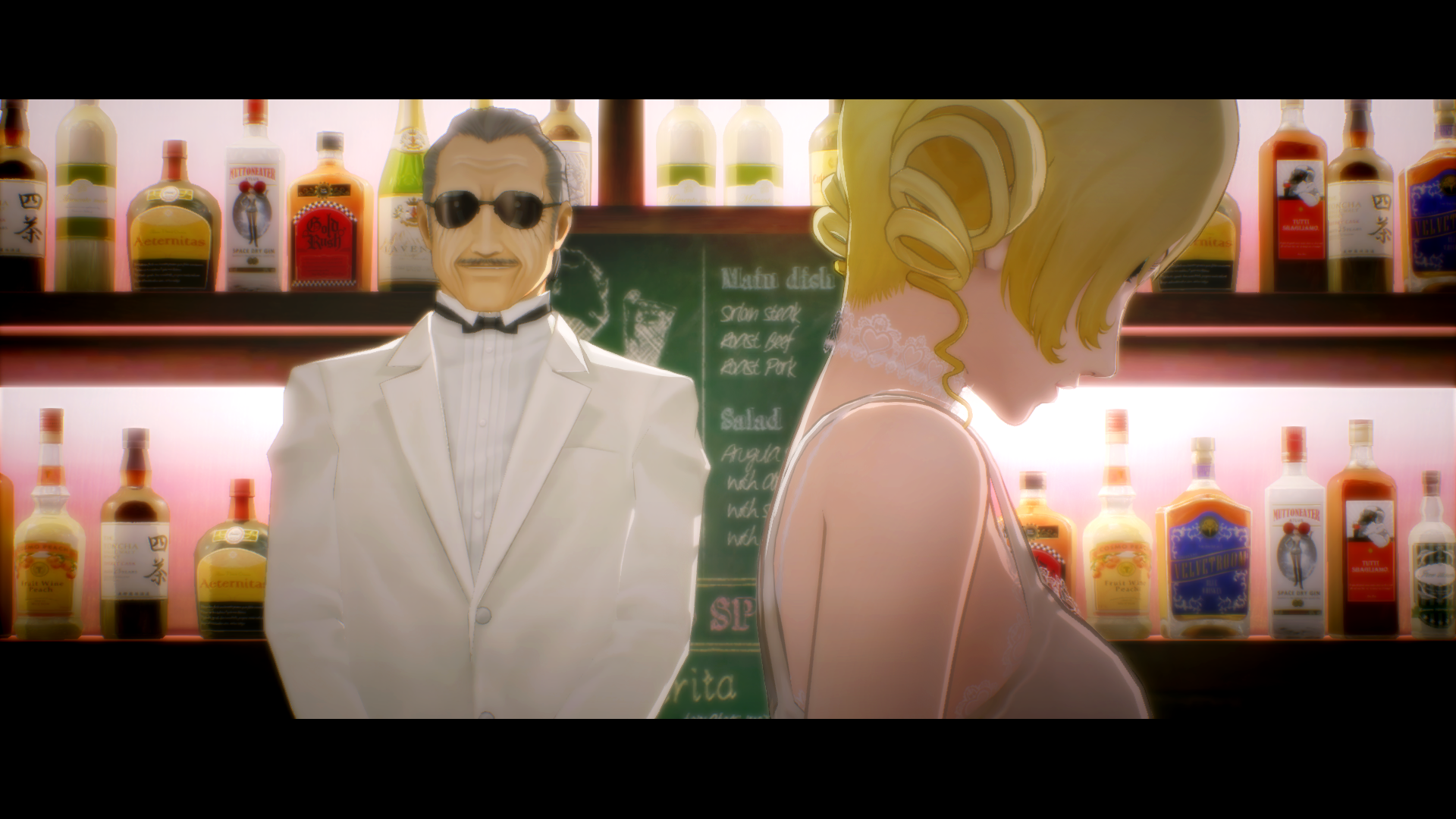 All of this is only made better by the fact that the original voice actors have all come back to the fold, bringing you Troy Baker as the lovably pathetic Vincent, Laura Bailey as Catherine and Michelle Ruff as Katherine. Brianna Knickerbocker (Valkyria Chronicles 4, Fire Emblem: Fates) comes in as the adorable Rin.

It's been eight years since Catherine was first released and I genuinely think that this could be the ideal version of the game. It's bigger, with a fuller body and with a whole new level of adorable. More than that, the gameplay has certainly taken a change for the better, with the new remix mode and safe mode for those who will struggle with the puzzles or just want to explore the story.

Catherine: Full body will be coming to the PS4 here in the west on September the 3rd and all I can say is roll on September.