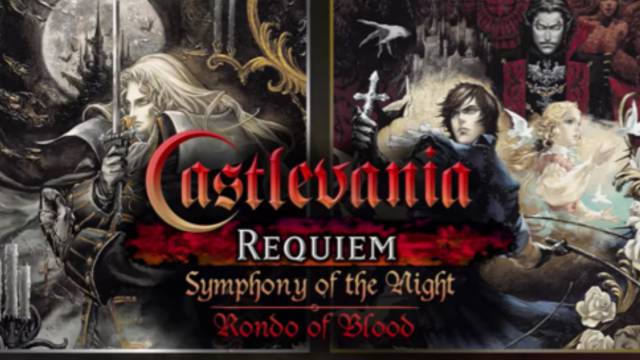 Konami's Castlevania series is making a glorious comeback next month with Castlevania Requiem Symphony of the Night & Rondo of Blood, a collection including two of the best entries in the series.

Both games are the originals emulated for the PlayStation 4, with several updates that take advantage of the new hardware. This includes 4K/1080p upscaling, multiple high-resolution backgrounds, different rendering options such as smoothing and full Trophy support. Word of warning though, that Platinum will be tough to get. Elsewhere, Requiem will make use of the DualShock 4’s vibration, analogue stick and speaker, with the latter meaning you’ll hear a cool little chime when you pick up an item.

The PlayStation Blog also provided today an overview of the two games.

Originally released as a Japanese exclusive in 1993, Rondo of Blood is known as one of the best side-scrolling, action games of its time, picking up plenty of praise for its level design and rewarding difficulty. Both of which still stand the test of time. Just in case you were wondering.

On that subject, Symphony of the Night is quite simply one of the best games ever made. Don’t take our word for it though. The critical praise received at the time of its release and the plaudits it continues to receive speak volumes about its quality. Check any greatest games of all-time list and you’ll find Symphony of the Night up there. A sequel to Rondo of Blood, Symphony follows a similar formula to its predecessor, but expands on things with the introduction of RPG elements and some mind-blowing, genius level design.

Castlevania Requiem Symphony of the Night & Rondo of Blood launch on PlayStation 4 on October 26th.