CaseCrawler Will Give Your Phone Legs So it Can Put Your Phone on Charge, Allowing You to Be Lazy 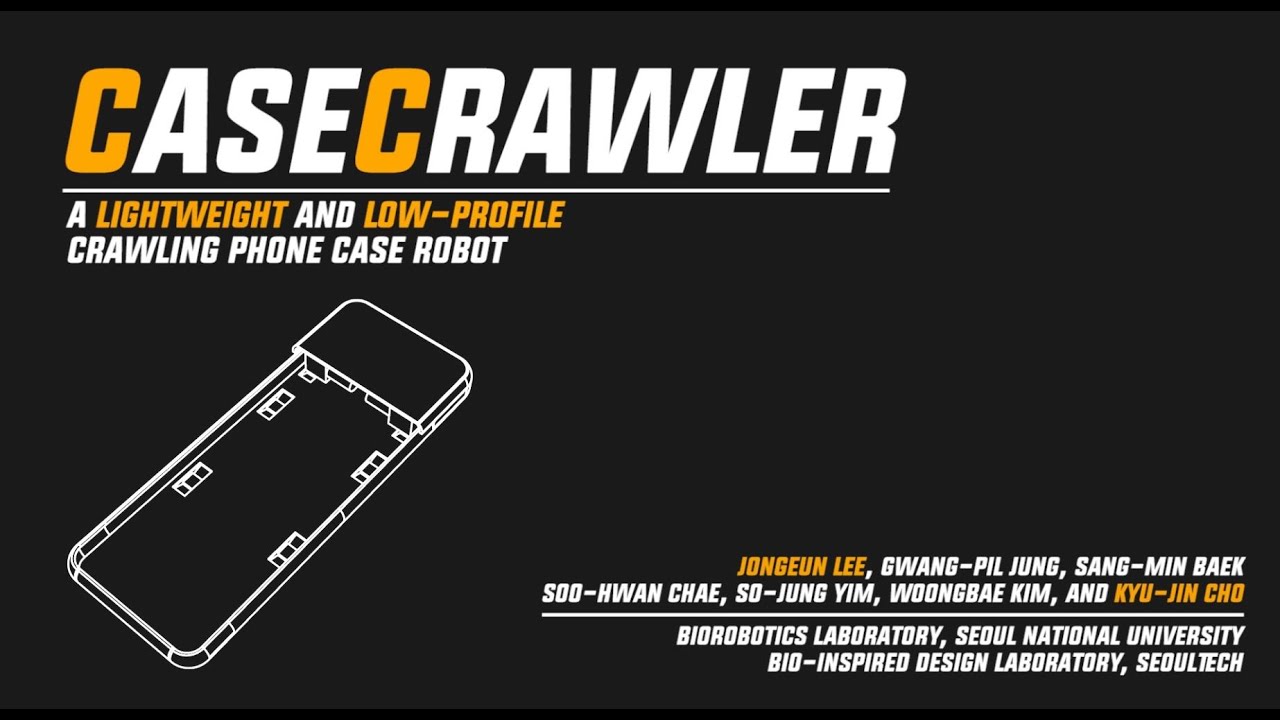 Putting your phone on charge is something that we do every single day. Most of us have that pre-charge anxiety as well where we are constantly worried about our phone running out of battery or dropping below a certain percentage. Charging technology has improved a lot over the past couple of years; everything ranging from super-fast chargers to wireless charges is now a thing. But what if I tell you that there is a strange contraption called CaseCrawler that will give your phone a couple of legs which will allow it to crawl to the wireless charging pad and put itself on charge?

Well, you can add robotic legs to your phone and yes, it is a smartphone case that will allow your phone to crawl to the charging station as soon as you put it on the desk. How does it work? That's what we are going to look at, as well.

Feeling Lazy? You Could Use CaseCrawler to Put Your Phone on Charge

CaseCrawler is developed by robotics researchers from the Biorobotics Laboratory at Seoul National University. They simply took an existing crawling robot and turned into CaseCrawler. In theory, it looks a lot like those battery cases that are available in the market and given that, it does add some bulk to your smartphone. By using CaseCrawler, you are adding around 16 millimetres to your phone, because it houses all the electronics and the motor. You can look at how it works below.

It is important to note, however, that the case is not currently in production as it is just a prototype. But if it ever does make its way to production, we might see a much more streamlined and miniaturized but even at 16mm, CaseCrawler is definitely at an impressive size.

It is also important to understand that at the time of writing CaseCrawler prototype is not intelligent in any way possible. It is simply able to go forward in a single direction, and it can easily scale smaller objects thanks to the clever leg design as well. However, we could see it using the smartphone sensors in the future to finally make its way to the destination when the final product is out.

Do you find yourself in a situation where you would be buying such a case or are you okay with putting your phone on charge yourself?