Capybara: We’re Doing So Much To Get 4K@60 in Below, It’s Extremely Challenging 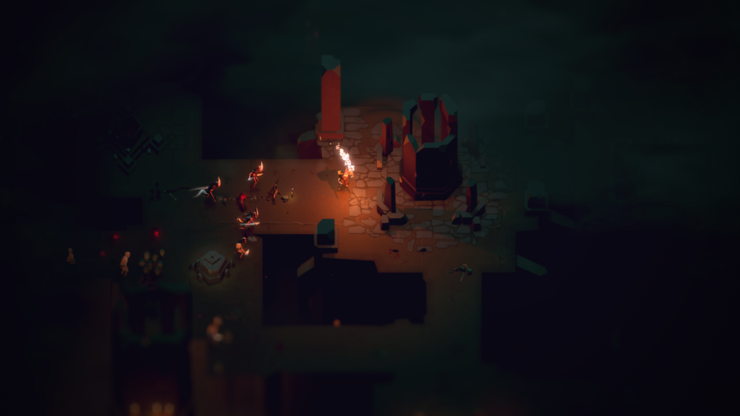 Capybara Games, the independent game development studio based in Toronto and known for Critter Crunch and Super Time Force, recently revealed that Below should be out this year on PC and Xbox One. On Microsoft's Xbox One X console, the team is also targeting 4K and 60 frames per second, which might seem like a given with the game's top-down perspective.

However, that's not actually the case as Capybara's President and Co-Founder Nathan Vella explained in an interview published yesterday by Eurogamer.

We're so used to everything in games being up close. How close can we put the camera to a character? We want to be able to see their ear hairs if they're in third-person, or we want to be able to see the scratches on their guns if it's an FPS. For us to go the opposite direction, quite often people think that's easier to do. Of course they're going to do 4K / 60 frames per second, that's easy! But we're doing so much to make that work and it is actually extremely technically challenging to do so.

That's probably because the initial goal was to target 1080p and 30 frames per second on the base Xbox One hardware, but now the folks at Capybara are working to optimize it for 1080p and 60 fps (as well as 4K and 60 fps on the Xbox One X, as mentioned above).

Below has long been among the most anticipated independent games. First announced at E3 2013, it's an action/adventure game with roguelike elements and a focus on brutal, yet fair combat accompanied by permanent death. The player character will have to explore the depths - as suggested by the game's title - of a remote island while going through procedurally generated environments. A multiplayer mode has also been confirmed, but there aren't many details about it yet. We may learn more during E3 in a couple months from now.

Below Review – Above the Rest