Below starts with a view of the night sky, the twinkling stars obscured by heavy clouds. Except, one of the stars is moving. It takes a while for the camera to churn to life, following the trail as it ever so slowly zooms in, but eventually you see that we are in fact looking at a grey ocean with a single ship sailing across its waves. This ship is tiny, nothing more than a speck against the impossibly big ocean and the huge island that grows out of it. There is an incredible sense of scale in Below. It goes beyond the art design and into the core of the gameplay as well.

Once you reach the sandy beach, your character disembarks, a tiny figure against the ship that was in turn tiny against the island it landed on. You look almost childlike in stature and it's something that makes you hesitant as you begin to explore.

Below is a roguelike. Each death brings you back to the beach where you start exploring the islands deep caverns once again. Death will find you frequently, with hidden traps and dangerous monsters to overcome. Each attempt changes the procedurally generated map so there’s no point trying to memorise your route through the cave network or where traps were placed. Below also features food, water and temperature gauges you'll have to pay attention to, with a simple crafting mechanic to create equipment and food to help keep you going.

The art design is fantastic, with beautiful clean lines that create a really intensely foreboding atmosphere. The island feels desolate and wild, while the caves are pitched in claustrophobic darkness. This darkness is used expertly throughout Below, as not only does it hide and obscure the obstacles in your way, but distracts you as well. Some objects and enemies glint and glow in the black, revealing their location. But focus on these instead of what is right in front out you and you won’t last long.

And like the darkness, a lot of the game is obscured. The UI is clean, sharp and simple, but it never explains anything. Anyone with some experience playing games will easily understand the health, heat, food and water gauges, as well as the crafting menu, but a lot of the more advanced mechanics are left to be discovered by the player. Small campfires dot the world, but resting at them opens up new options that you’ll have to experiment with to find out their use, which adds a little bit of tension and excitement to the game as you descend deeper and learn more.

Below starts easy. With the immediate feeling of vulnerability, you’ll want to take your time exploring and might get quite far in your first run. But each floor you descend adds new challenges. In my first attempt, I got me to the third level before getting caught by what appears to be a crystallised crab, but it took me a lot longer to get any further. And several times I struggled to even get back to where I was. And you want to get back to where you were.

A lot of roguelike games let the player carry something over between runs, whether it's equipment or a bit of experience. Games inspired by the Souls series leave the experience behind where you died, giving the player the opportunity to try and reclaim it. Below twists and blends these ideas together. At the beginning of the game, you find a lantern needed to unlock deeper floors. It is incredibly useful as it offers a safe magical aura to warn you of traps. But when you die you lose this item and will be forced to retrieve it from the corpse of the adventurer that came before you. Sometimes it seems you can retrieve other items too, but the lantern is the important one to fight for.

It’s a beautiful design decision. Each time you get further into the caves, the lantern is further from you than when you started. It means that the earlier stages of the game are never tedious or easy, or at least not boringly so, because this vital tool is lost ahead.

A lot of Below feels designed to specifically encourage patience and trepidation, but sometimes the game does go a little too far with it. The loop with each death that has you arriving on the beach and climbing the same muddy cliff is a bit repetitive and can be frustrating if you don’t have much time to play for an extended period.

The food and water meters also drain a little too quickly. With randomised rooms, sometimes you don’t get much luck in searching for clean water or fresh food and the game is not forgiving if you don’t find it. It might have been better to slow this gauges down or even remove them entirely and let the players explore at their own pace, but I can understand why they exist.

The music and sound design are beautifully layered into the visual design and the gameplay in a way that shows the developers put a lot of time and care into the process. The music perfectly and subtly glides between tension and safety as the player explores, or fills with the stony echo of the caves themselves.

This game has been in development for years now, but the effort is visible in every aspect of the final product. From the beautiful artwork and music to the intricate systems and consistent atmosphere. Even the UI is polished to a mirror sheen. While there are still a few annoyances, Below is a fantastic game to play on dark and cold winter days. It is a refreshing reprieve from the glaring lights and colours of the season, featuring a lot of mysteries for players to discover.

Reviewed on PC. You can purchase the game on Microsoft Store for Xbox One (where the game is free for Xbox Game Pass subscribers) or Steam for PC. 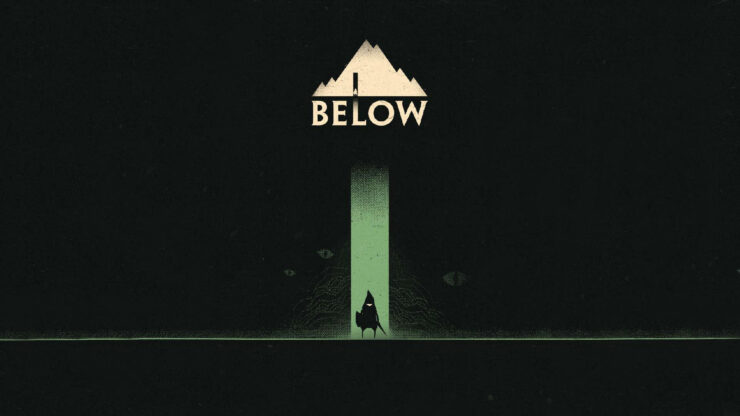 Below is a game that will keep calling you back. With its challenging gameplay loop, beautiful design and polished mechanics, it's a game that could easily become a classic of the genre over time.