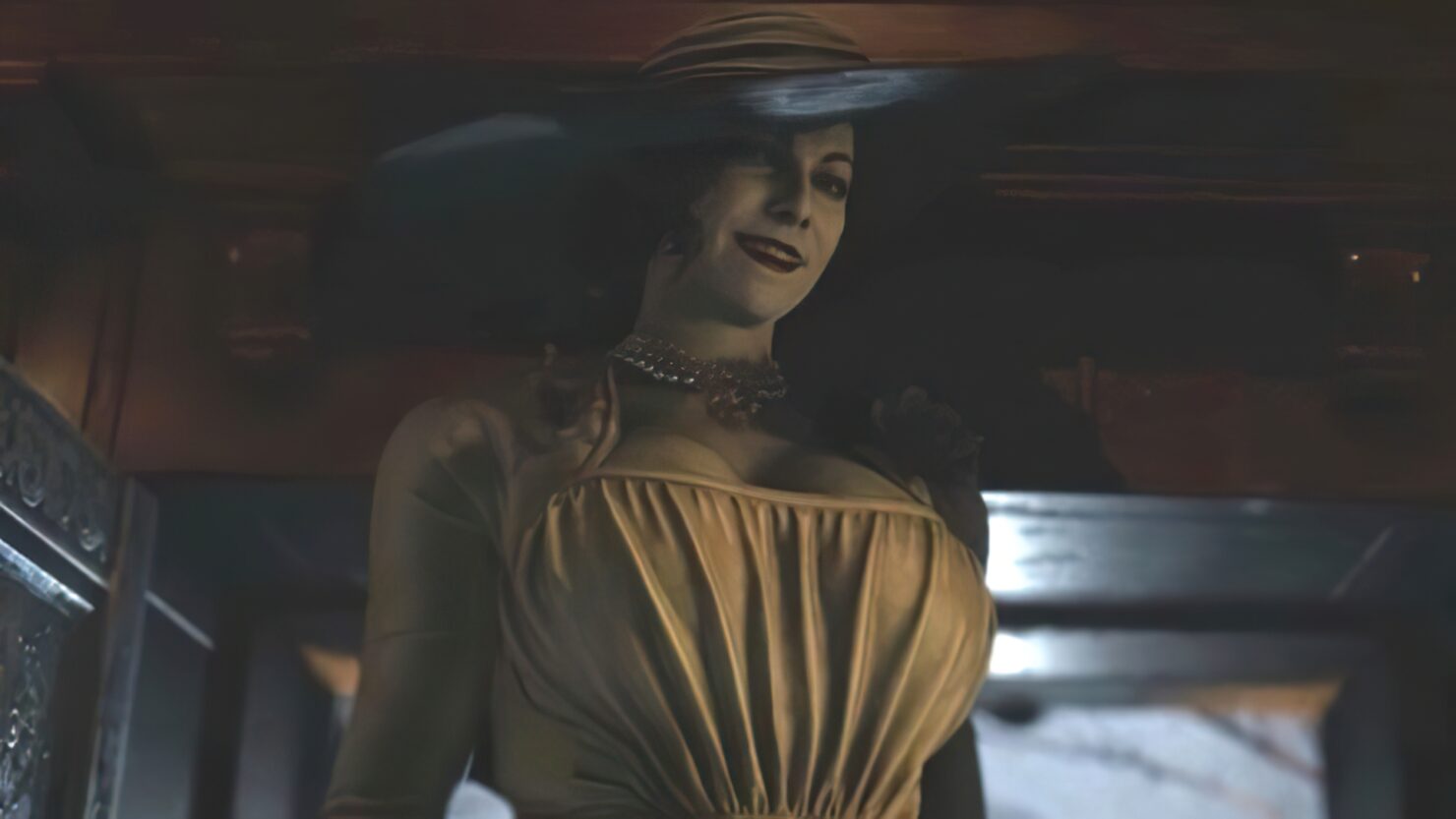 In the early stages of planning, we decided on going with castle and vampires motifs. However, we did not want to be constrained by how vampires have been portrayed in various forms of popular entertainment.

The very first piece of concept art I drew was the scene in the trailer where Lady Dimitrescu ducks down to walk through the doorway. From that moment, I knew I had to do that scene.

I tried to forget the design logic of the past and began to think about the best ways to create fear. For Resident Evil Village, we are using similar concepts of ‘Evil’ like we did in Resident Evil 7 Biohazard, which was neither based on normal humans nor zombies.

I don't think anyone [on the team] could have predicted how wonderfully fans have reacted to Lady Dimitrescu. Personally, I was particularly struck by comments like, 'I want to be chased by her'.

During his chat with IGN, however, Takano-san also remarked that Resident Evil Village is much more than Lady Dimitrescu, her castle and the nearby village. It sounds like the game will be pretty big when it comes to scope and possibly length as well.

What we’ve shown so far — Lady Dimitrescu, the village, and the castle — encompass just a section of Resident Evil Village. We have prepared many other elements that created a much bigger experience than Resident Evil 7 Biohazard.

Resident Evil Village is due to be released on May 7th for PC, PlayStation 4, PlayStation 5, Xbox One and Xbox Series S|X.