A few days ago, we reported Capcom's announcement of Umbrella Corps, a competitive multiplayer third person shooter set in the Resident Evil universe. Naturally, regardless of the game's quality, this is bound to be a completely different experience than what fans are used to and more than a few of them complained about this decision. 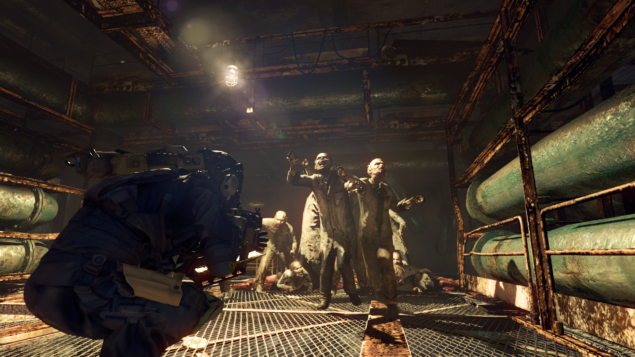 However, don't despair yet. In an interview with Gamespot during TGS 2015, Capcom's producer Masachika Kawata provided a statement which explains the existence of Umbrella Corps while assuring fans that more traditional Resident Evil games are on their way.

Resident Evil still means survival horror to most people, but it's also a brand that has evolved over time. It's been around for 20 years, and over that time it's seen a variety of spin-off and side titles. We think it's important to have a variety of experiences within that single brand.

I think some people might have been surprised that we came out with a third-person shooter like this. But creating experiences that branch out from the core, mainline franchise has always been part of the Resident Evil series. Of course, if people are looking forward to games that are more back on the main track that we've released so far, we've got stuff in the pipeline in that direction too. We've got a nice selection of experiences that can suit most players.

Viewed in this light, Umbrella Corps might be a lot more acceptable to Resident Evil fans worldwide. The last mainline entry of the franchise was Resident Evil 6, released on March 22, 2013; two years and a half later, we shouldn't have to wait a lot more to hear about Resident Evil 7, which may be revealed at E3 2016.

Let's just hope Capcom will have taken the community feedback seriously, moving core gameplay back to the survival horror roots of Resident Evil.