Yesterday, Capcom revealed how much its latest titles, including Resident Evil 7, sold since release, with all games performing not as well as expected. Despite this, the Japanese publisher is hopeful for the future, and a has an announced title that is expected to do well on the market.

This yet to be announced Capcom title is listed in the FY3/18 Sales Plan for major titles, where the Japanese publishers reveal its expectations for another yet to launch title, Marvel Vs. Capcom: Infinite, expected to sell 2 million units. This game is labeled as major, so we should expect a new entry in one of the publisher's most popular series. 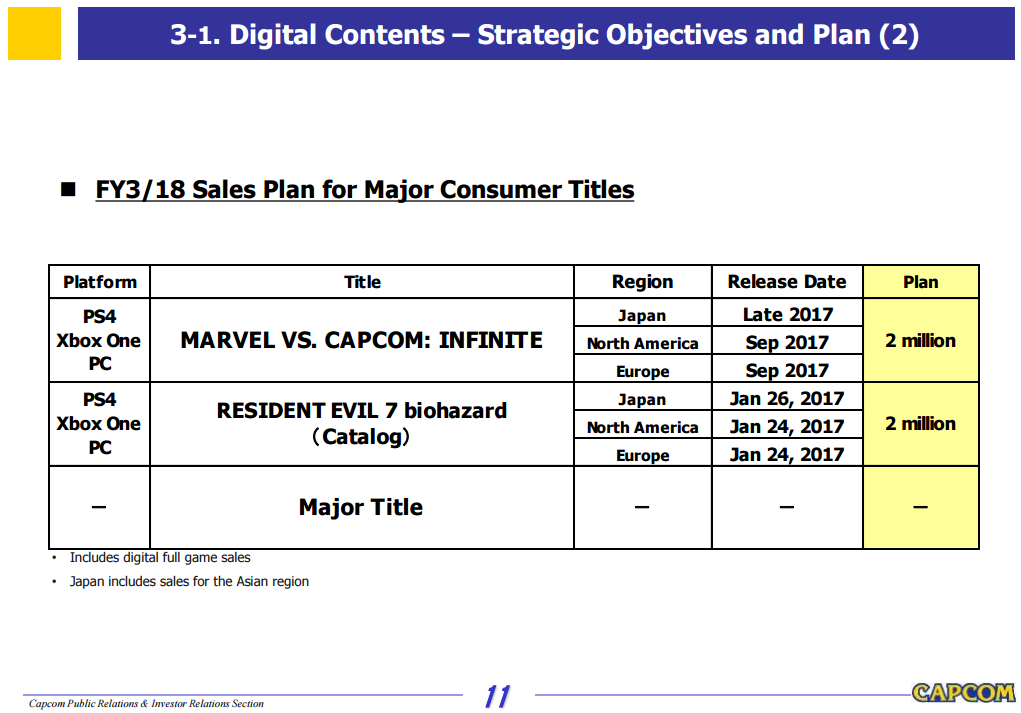 As mentioned above, Capcom's latest major titles failed to live up to expectations. Resident Evil 7, which shipped 3.5 million units, and Monster Hunter XX, which shipped, 1.7 million units, missed their target slightly, while Dead Rising 4 failed to ship more than 1 million units. The latest Frank West adventure, as noted in our review, still manages to be fun despite some streamlining of the series’ core elements, which didn’t sit well with most long-time fans of the series.

With Capcom's next major title launching before March 31st, 2018, we should expect an announcement to come soon. We will keep you updated on the matter as soon as more comes in on it, so stay tuned for all the latest news.