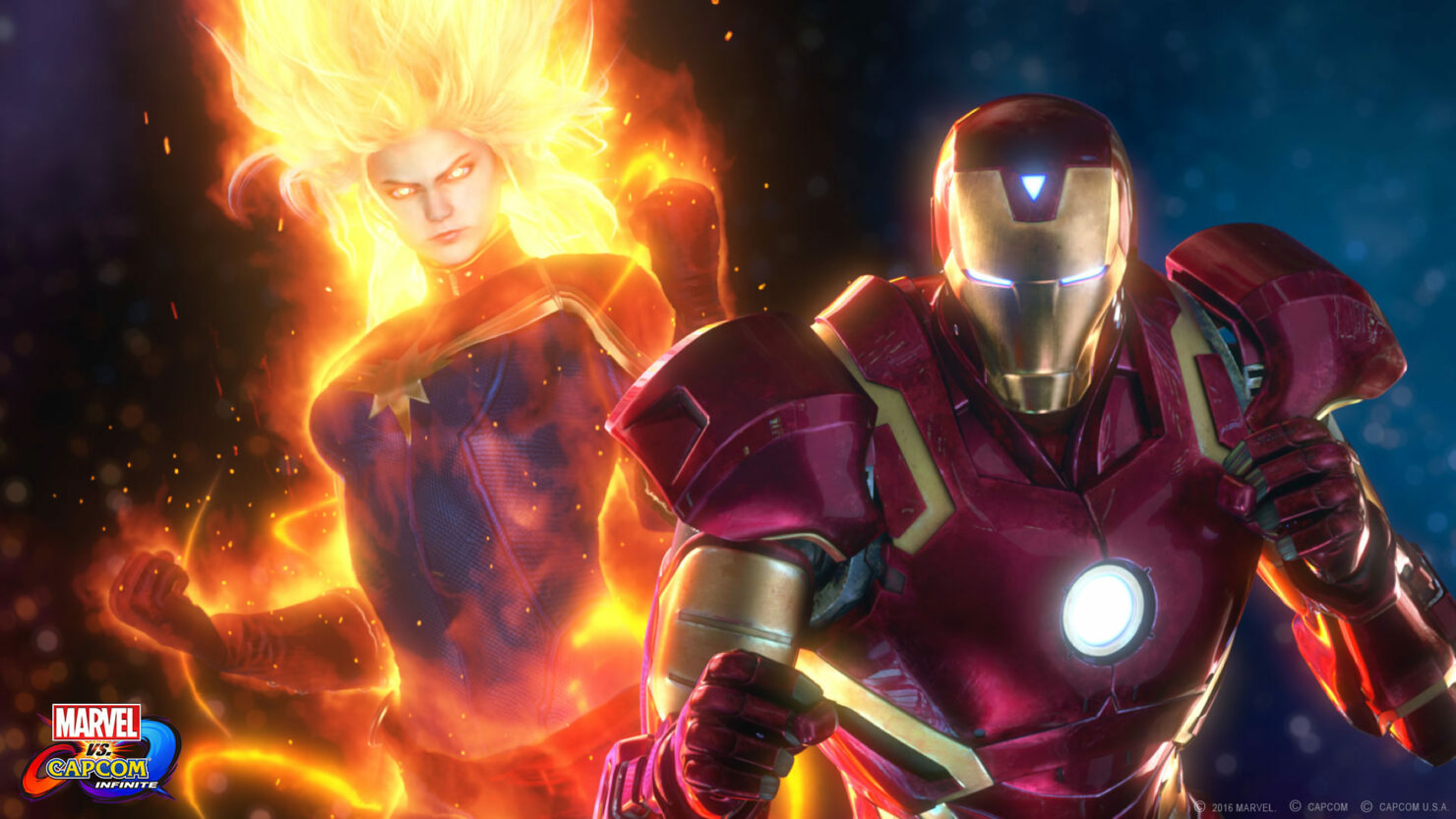 Capcom was one of the big stars at PlayStation Experience 2016 with Resident Evil VII: Biohazard and the announcement of Marvel vs Capcom Infinite.

Yesterday, the Japanese developer/publisher shared a press release on Marvel vs Capcom Infinite that includes a rather interesting final footnote.

MARVEL VS. CAPCOM is a series of action-fighting games featuring a dream-team of iconic characters. Since it debuted in 1999, MARVEL VS. CAPCOM has enjoyed broad appeal—especially in markets outside of Japan—due to the hallmarks of its stunningly animated visuals and breadth of characters.

MARVEL VS. CAPCOM: INFINITE is the latest entry in the MARVEL VS. CAPCOM series, which boasts cumulative shipments of 7 million units. The title is currently under development and slated to include numerous popular characters such as Captain Marvel and Iron Man from the Marvel universe, as well as Ryu of Street Fighter and X of Mega Man X, both from the Capcom universe. Beyond appealing to genre and series fans, the game is targeting a diverse audience and looks to bring in casual players who are fans of Marvel movies, comic books, and television shows; as such, starting with a robust cinematic Story Mode, the game will feature a variety of exciting and accessible single player content, as well as rich multi-player modes including online battles.

In addition to regular major title releases each fiscal year, Capcom is currently focused on reviving series that have not had new entries recently, or otherwise dormant IP. Beginning with MARVEL VS. CAPCOM: INFINITE, a return for the series following a five-year hiatus, Capcom looks to enhance its corporate value even further by utilizing its library of rich contents.

This is pretty much foretelling future announcements. Of course, the publisher has a long and exciting list of dormant IPs such as Bionic Commando, Dino Crisis, Ghosts 'n' Goblins, Lost Planet, Onimusha and Steel Battalion just to name a few. Fans have been yearning for a new Devil May Cry game, though the last one released "only" three years ago which makes it not that dormant.

Which of these IPs would you like to be revived next? Let us know in the comments.