If there’s one thing you can depend on in this industry, it’s Call of Duty. Regardless of what people say online, it seems every new CoD immediately leaps to the top of the charts and stays there, invariably becoming the #1 game of the year. Well, it seems the recently-released Call of Duty: Vanguard may break that trend.

Early numbers are in from the UK, and it seems Call of Duty: Vanguard’s launch sales are down 40 percent year-on-year. According to the folks at Video Games Chronicle, Vanguard is the CoD franchise’s lower-performing launch in 14 years. That basically takes us back to the pre-modern era of Call of Duty, before the original Modern Warfare turned CoD from a big franchise to the biggest franchise. Now, CoD: Vanguard still debuted at #1 on the UK charts, and we don’t have sales figures from other territories yet, but it’s an early sign of weakness from Activision’s latest.

Another sign? Only two weeks after launch, Activision is already offering a free multiplayer weekend for Vanguard – something usually reserved for later in a CoD game’s lifespan. The free weekend will coincide with the launch of Vanguard’s new version of the fan-favorite Shipment map. 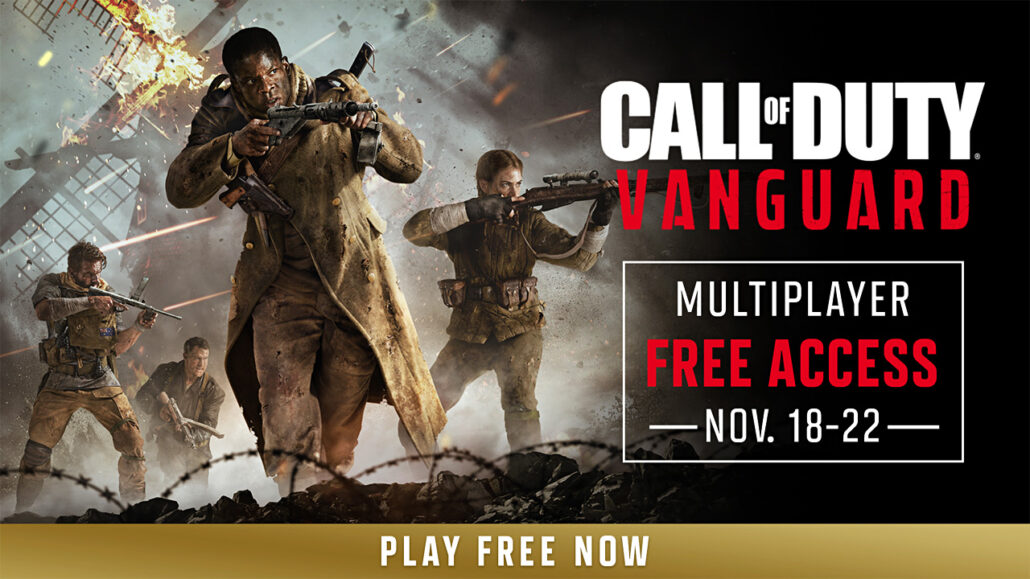 Experience the next generation of Multiplayer with Call of Duty: Vanguard Free Access from 10AM on November 18 to 10AM on November 22. During this long weekend, all players will get full access to Vanguard’s Multiplayer. That includes the ability to try out and level up over three dozen weapons before they come to Warzone Pacific, a dozen Operators to unlock new gear for, action-packed playlists featuring Combat Pacing, and 17 core maps, including Champion Hill and the return of fan-favorite locale Shipment.

California’s Department of Fair Employment and Housing (DFEH) has filed suit against Activision Blizzard, alleging widespread gender-based discrimination and sexual harassment at the Call of Duty publisher. You can get more detail on that unfolding story here. Acti-Blizz CEO Bobby Kotick has himself been accused of covering for harassers and mistreating female employees in a new report published today.